The new era of Secret Avengers begins here! Enter Captain Britain and Giant-Man, as Hawkeye becomes the new leader! First, Hawkeye and Captain America undertake a mission to the Red Light Nation, a country run by criminals for criminals! Then, the Adaptoids strike - but who are the Descendants? An Avenger will die to find out, as the team literally journeys to the center of the Earth and discovers a city of evolving automatons! Hawkeye's leadership is put to the ultimate test as the beleaguered team tries to stop the final ascension of the Adaptoids, Deathlok Legion, Sentinaughts, Ultravisions, Machine People and more! Plus: A new member joins! A spy in their midst! The lighthouse compromised! And a race is born! Collecting SECRET AVENGERS #21.1 and #22-25. 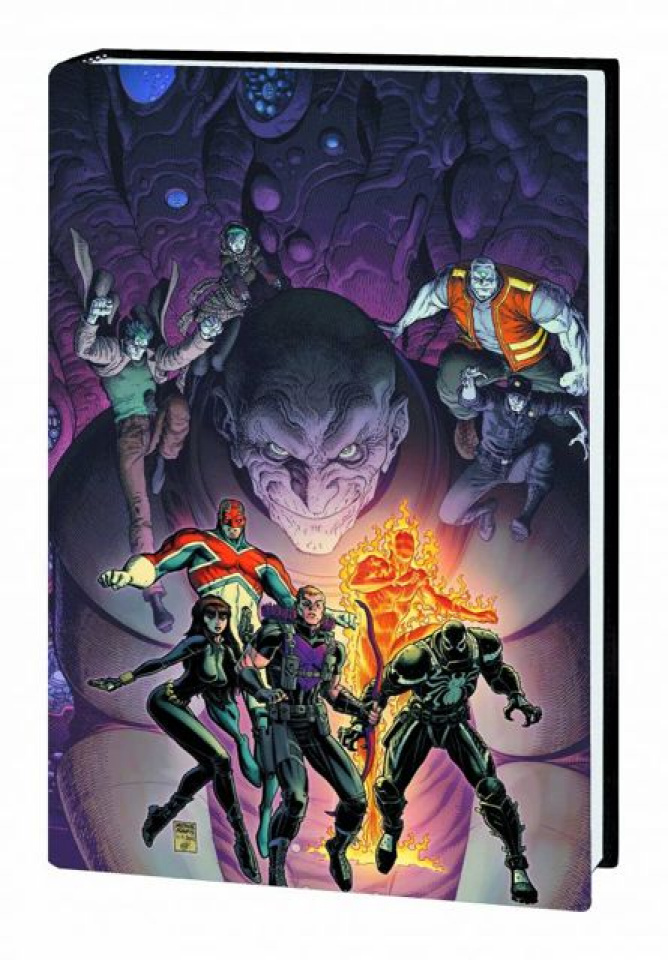