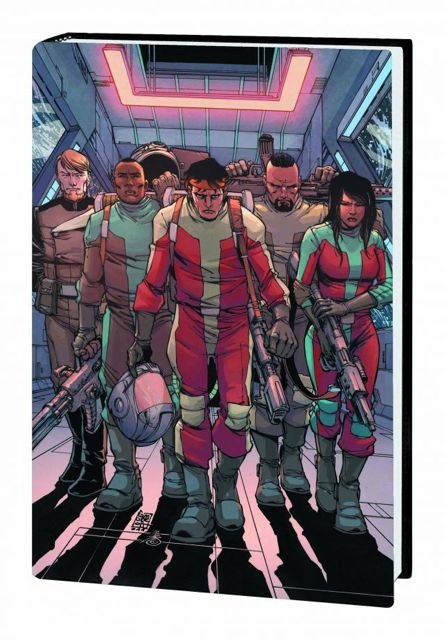 With 44 million people killed by the toxic gas the alien Formics unleashed in China, the only hope of a counter-agent lies with Mazer Rackham and the Mobile Operations Police safely retrieving a sample. Meanwhile, young asteroid miner Victor Delgado has snuck aboard the Formic mothership in hopes of taking it down alone - and boy is he is for a big disappointment. Meanwhile, Captain O'Toole and his unit take on the Formic Death Squads, but the humans are outnumbered a hundred to one! Besieged on all sides, the Formics fight to the bitter end - but as the Hegemon of Earth is revealed, is it truly the end after all? Collecting FORMIC WARS: SILENT STRIKE #1-5.