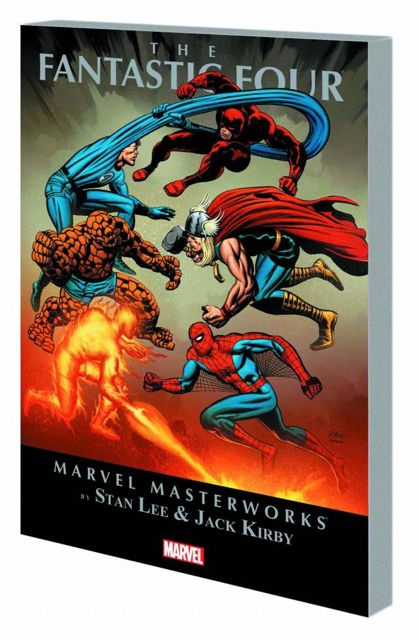 Pony up, True Believer, the eighth manic MASTERWORKS featuring the First Family of Funnybooks is coming your way! Collecting an ironclad cadre of classics, this one's packed with more drama than you can shake a Skrull at! The Silver Surfer pursued by none other than the world-devouring Galactus; the FF vs. Spidey, DD and Thor in a barnstorming brouhaha; a fantastic voyage into the Microverse to battle the Psycho-Man; the Thing - cured; the first appearance of Annihilus; Crystal of the Inhumans joins the FF; and one of comics' most historic moments, the birth of Franklin Richards! It just doesn't stop! This one's a humdinger so chock-full of excitement it's ready to burst! And it's brought to you by the minds that made Marvel magnificent, Stan and Jack! 'Nuff Said! Collecting FANTASTIC FOUR (1961) #72-81 and ANNUAL #6.