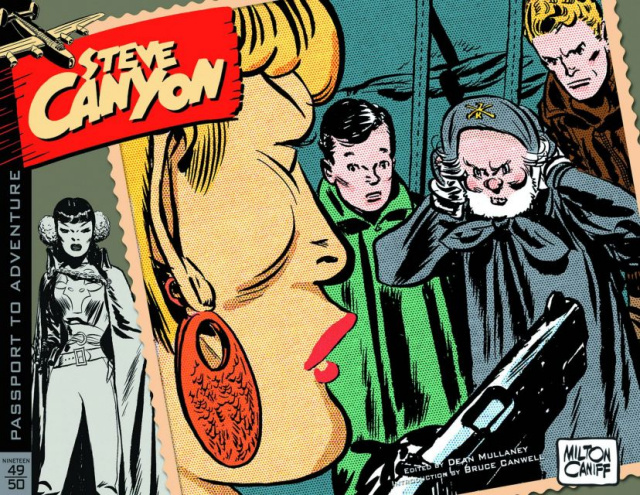 In the second volume of The Complete Steve Canyon, the temperature of the Cold War heats up and Milton Caniff expands his already large cast even further. Steve re-engages with Copper Calhoon, encounters Chinese warlords such as Serge Blu, spies like Madame Lynx, and joins a secret air force from?Western democracies taking on thinly disguised communists. In the midst of all this intrigue, Happy meets his Hooligans, Reed Kimberly falls head over heels for Princess Snowflower, and Steve learns that the end of the 1940s may be the best years of their lives.