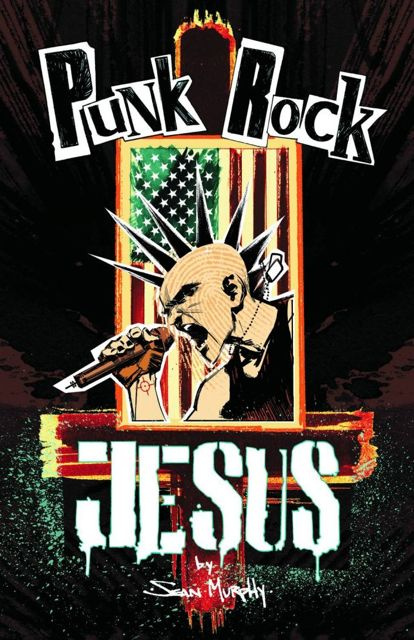 The newest reality show hit has the unlikeliest celebrity of all in this new black and white miniseries from writer/artist Sean Murphy (JOE THE BARBARIAN, Off Road)!

J2, the TV series starring a clone of Jesus Christ, causes chaos across a near-future United States in PUNK ROCK JESUS, a new miniseries written and drawn by Sean Murphy, the acclaimed illustrator of JOE THE BARBARIAN and AMERICAN VAMPIRE: SURVIVAL OF THE FITTEST. J2 causes outrage and adulation. Religious zealots either love or hate the show, angry politicians worry about its influence on the nation, and members of the scientific community fear the implications of cloning a human being at all - let alone the Son of God. And what effect will this all have on Gwen, the young woman who is selected, through an American Idol-style process, to be the mother of the new Messiah? All this leads to the hiring of Thomas McKael, the clone's bodyguard and a former IRA operative with a turbulent past who must protect the new Messiah - a baby who captivates the world, but grows up to become an angry teenager.