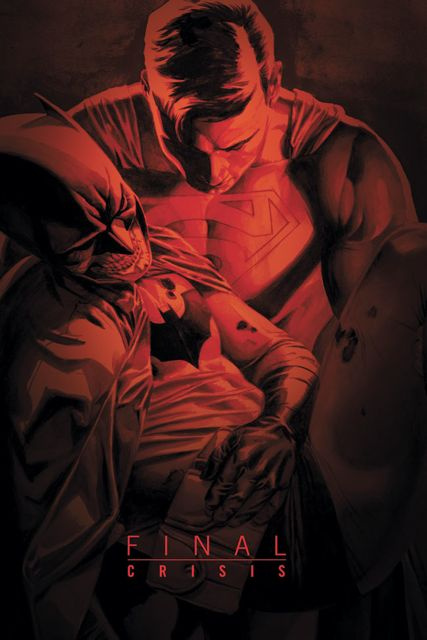 The mind-blowing event from 2008 is collected in this spectacular new hardcover collecting FINAL CRISIS #1-7, FINAL CRISIS: SUBMIT #1, FINAL CRISIS: SUPERMAN BEYOND #1-2 and the FINAL CRISIS SKETCHBOOK, plus the newly added FINAL CRISIS #1 DIRECTOR'S CUT and BATMAN #682-683, all written by Grant Morrison, now with SEVEN NEW STORY PAGES BY MORRISON AND MAHNKE! What happens when evil wins? That's the devastating question Superman, Batman, the Justice League and every other super being in the DC Universe must face when Darkseid and his otherworldly legion of followers actually win the war between light and dark. This oversized, slipcased hardcover comes with its own pair of 3-D glasses!