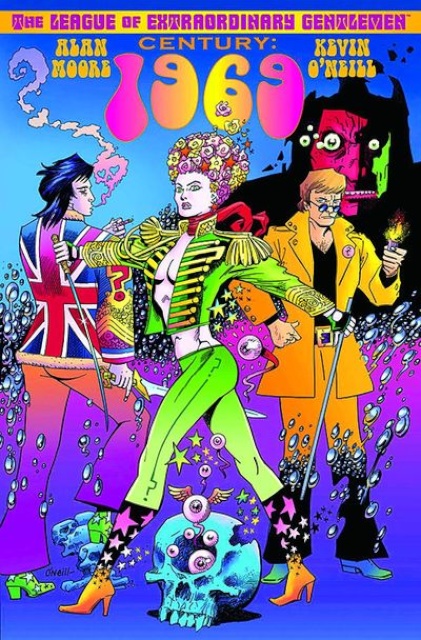 The League of Extraordinary Gentlemen: Century #2: 1969

The long-awaited second chapter of Alan Moore and Kevin O'Neill's League of Extraordinary Gentlemen III: Century takes place almost sixty years later in the psychedelic daze of Swinging London during 1969, a place where Tadukic Acid Diethylamide 26 is the drug of choice, and where different underworlds are starting to overlap dangerously to an accompaniment of sit-ins and sitars. Alerted to a threat concerning the same magic order that she and her colleagues were investigating during 1910, a thoroughly modern Mina Murray and her dwindling league of comrades attempt to navigate the perilous rapids of London's hippie and criminal subculture, as well as the twilight world of its occultists. Mina and her companions must prevent the making of a Moonchild that might well turn out to be the Anti-Christ.