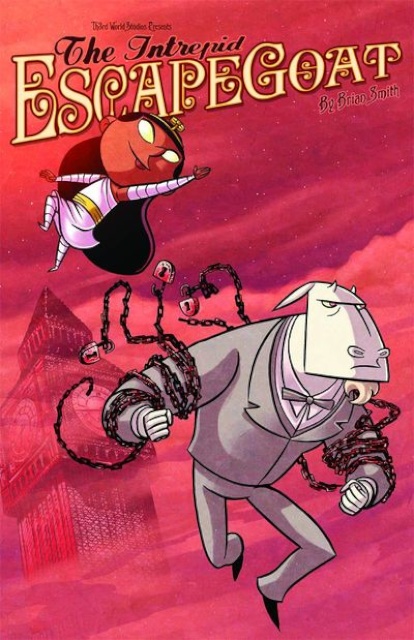 The Intrepid Escapegoat #1: Curse of the Buddhas Tooth

It is the dawn of the 20th Century, and mankind is caught between a golden age of scientific discovery and a dark era of arcane magics. One brave soul dares to walk the line between these two worlds; he is Thomas Fleet, known far and wide as The Intrepid EscapeGoat, star of the stage and screen. When EscapeGoat and his assistant Isis (a 2000 year-old mummy girl) arrive in foggy London for a performance, they are challenged to debunk an exiled Princess's claims of supernatural powers. Can they unravel the mystery surrounding The Curse of the Buddha's Tooth? The all-ages action and adventure from the Free Comic Book Day hit continues here!