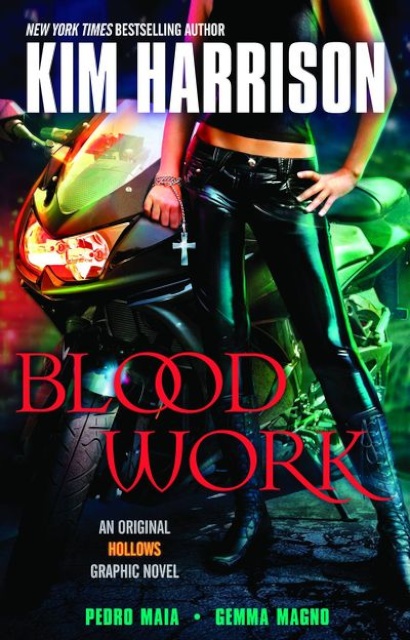 Kim Harrison's urban paranormals series, Hollows - starring sexy young witch Rachel Morgan - has sold more than a million copies in North America alone. Now comes this original, full-color graphic-novel scripted by Harrison herself, revealing the never-before-told backstory between Rachel Morgan and the vampire, Ivy Tamwood. Sexy and action-filled, Blood Work will bring to life the characters that Harrison's fans have loved since publication of the first Hollows novel, Dead Witch Walking. Fans have been asking for years what Rachel and Ivy's first experience as partners in the I.S. (Inderland Security) was like. The answer? Stormy! Assigned as an intern under Ivy's supervision, Rachel's got plenty to prove, while Ivy has to face that this very attractive - and frustratingly self-assured - young earth witch, controls powers that Ivy can't match. Ivy's got one big question as well. Did Piscary, her vampire master, set this partnership up? And if so, why?