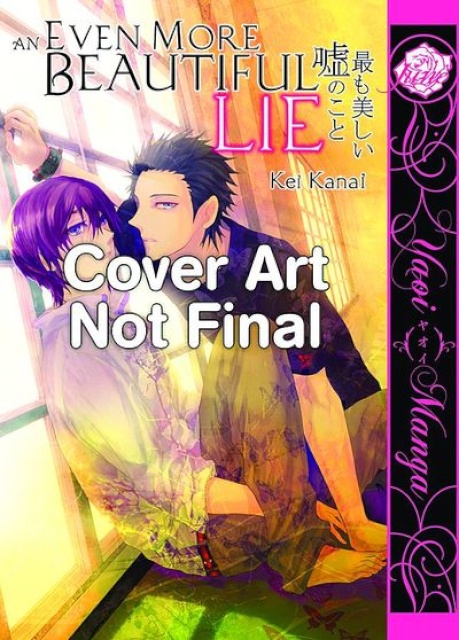 An Even More Beautiful Lie

When art student Kurosu Keiichiro notices a young man leaving his umbrella on the train, he runs after him to return it. In so doing, he ends up missing his last train home. Feeling responsible, the young man offers his place for the night. Turns out he is a fellow student at Keiichiro's university, one Yukari Yohito who has already garnered considerable attention for his artwork. Yukari may be a genius with paints and a canvas, but is completely hopeless at everything else as Keiichiro discovers. Striking up a friendship, Keiichiro begins coming by to take care of things for Yukari.The more he involves himself in Yukari's life, however, the deeper Keiichiro's feelings begin to run. It's no longer mere friendship or even admiration that moves him, but just what should he do about it?