The Death of Zorro #5

The stage is set for a final battle in this epic series conclusion. Fighting in Zorro's memory are The Lone Ranger, Tonto, members of the secret Spanish crime-fighting brotherhood, La Justicia, and a score of Native American fighters. As the good guys muster their forces, Colonel Barton and his renegade bushwhackers man their Gatling gun for the defense of the Chumash mission. The stakes couldn't be higher: the lives of innocent women and children, the future of an entire culture, and the legacy of the hero known as Zorro. 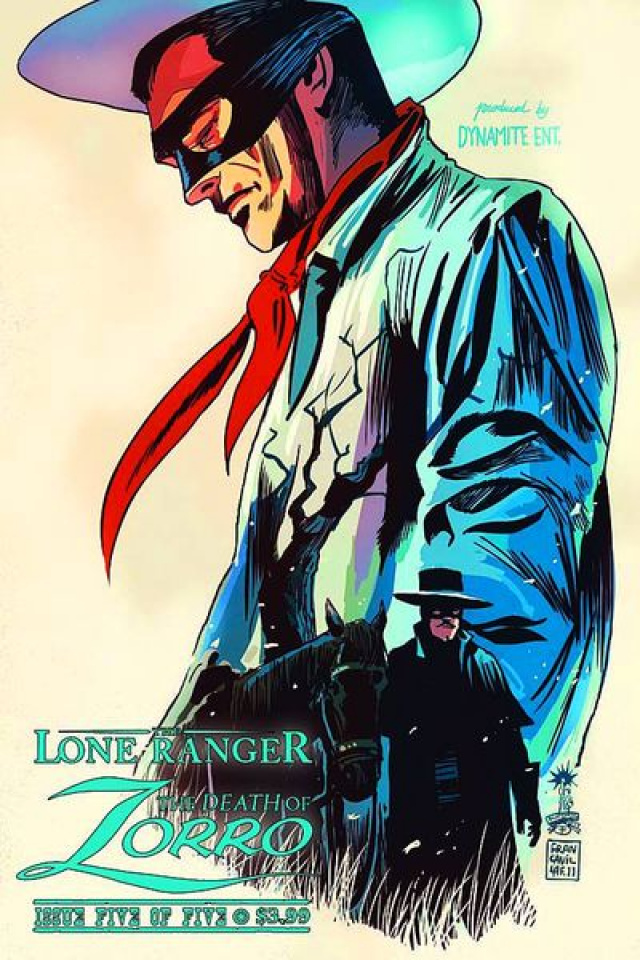