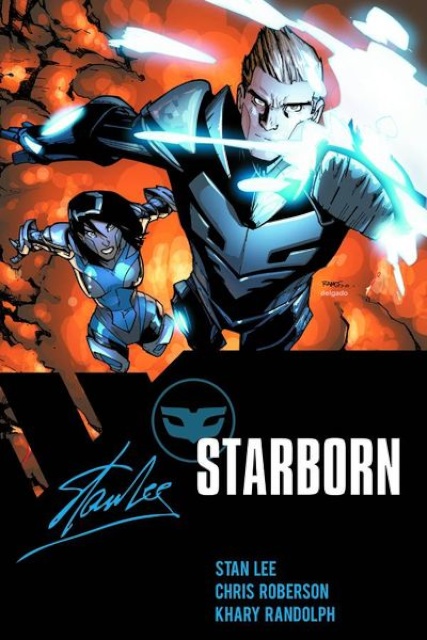 Specially priced at $9.99! Stan Lee, the most colossal force in the history of comics, teams up with critically acclaimed writer Chris Roberson (Superman, iZombie) and artist Khary Randolph (Spider-Man) for the action-packed, sci-fi superhero scorcher, Starborn! Compiling the jaw-dropping first arc, down-on-his-luck fantasy writer Benjamin Warner learns that he is the heir to an alien throne, and soon finds himself in the middle of a galactic war, forced to face the truth that he is...not of this world! This can't-miss volume features a cover by fan-favorite artist, Humberto Ramos!