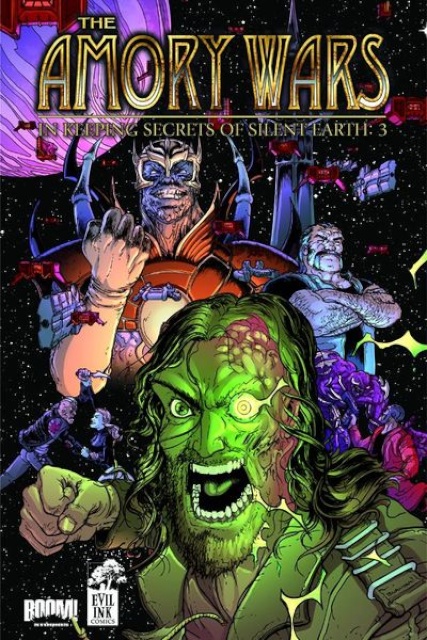 The Amory Wars: In Keeping Secrets of Silent Earth 3 Vol. 3

The grand finale to the greatest battle the Keywork has ever seen is found here, in the concluding volume of the epic series from Coheed and Cambria frontman Claudio Sanchez and comics legend Peter David! It's an earth-shaking showdown between good and evil as Claudio and Inferno's rebel army attack the resurrected Wilhelm Ryan's fortress, House Atlantic. Will Claudio fulfill the prophecy of the Crowing, or will Ryan complete his transformation into the omnipotent god of all the planets in Heaven's Fence?