Bart turns tattletale on Dolph, Jimbo, Kearney, and Nelson on national TV, earning him fame, fortune, and death threats! His only chance of survival - a 'Li'l Squealer Bullet-Proof Vest.' But what good is teflon-coating in the blackboard jungle of Springfield Elementary? And when Mayor Quimby, caught in yet another scandal and up for re-election, decides to curry the favor of the religious right in Springfield by enacting Sunday Blue Laws, he suddenly finds himself in the political fight of his life. The hastily assembled Keg Party is championing their own candidate… Homer Simpson! But how low will Homer stoop to win the election? Just ask his campaign manager, Fat Tony! Also, go out for a night on the town and Lisa has a hysterically historical dream. Collects Simpsons Comics #57 & 58. 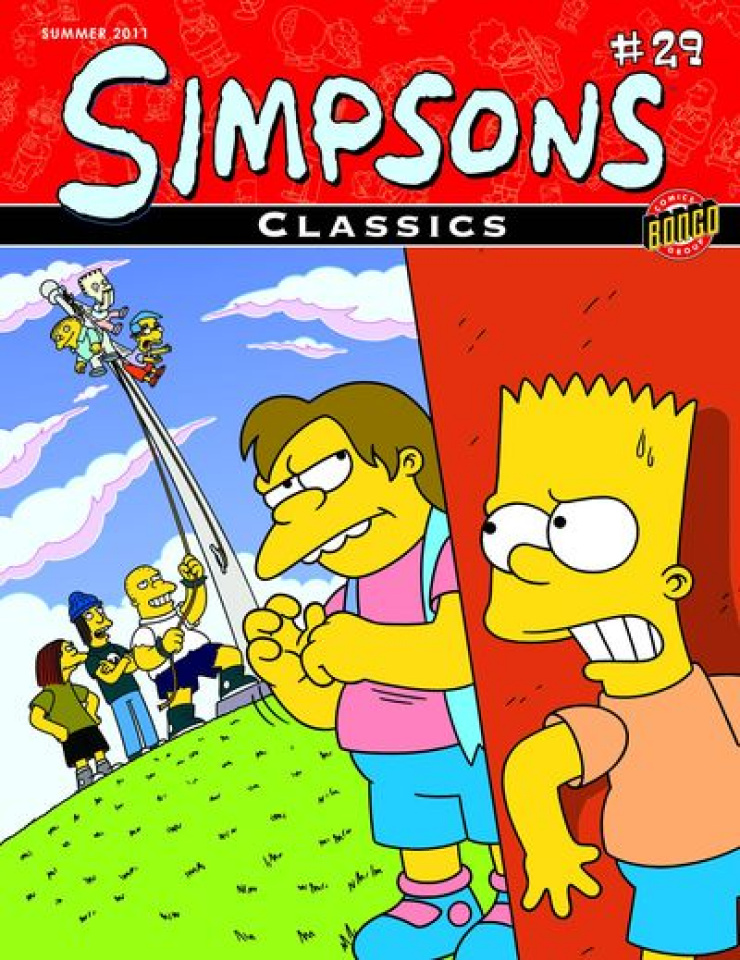