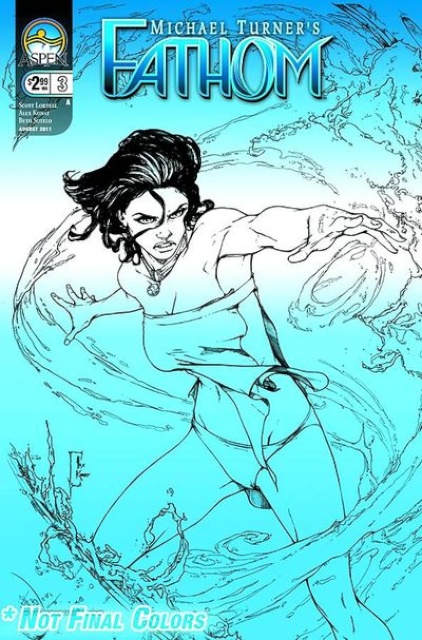 Michael Turner's Fathom makes its return for the sensational fourth volume! A weary and frustrated Aspen arrives in Saudi Arabia at the request of scientists from an international conference of deep-sea researchers, but mostly, looking to avoid the scornful eye of the U.S. Government. However, Aspen soon realizes her refuge from the Americans' concerns has now become a solution for a new groups' crisis. At the request of the powers-that-be, she is hesitantly thrust back into the depths to moderate a search for oil reserves that soon turns into a discovery far greater-and potentially far more catastrophic-than what they ever could have anticipated. For the legions of FATHOM fans who have been waiting to see Aspen in her element and taking control of her life, now is the time to jump on in-the water's just fine!