In the corners of our minds, we find ourselves asking... who protects us from the unknown? Detective Tom Whalen is a 'lifer' on the force, as well as a veteran of the decrepit streets of New York City... along with all the freaks that come with it. Yet, the city might not be anything close to what he thinks it is, in fact-it might just be far worse than he ever imagined! Journey through the supernatural origin and expansion of America's most famous metropolis, New York City, in this introductory HAUNTED CITY zero issue that will uncover those which dwells in the shadows of the paranormal, and also reveals why Detective Whalen may not be able to survive the city he's spent his entire life protecting. Aspen Comics proudly teams up with producer and director McG's Wonderland Sound and Vision to bring you this all-new story that sets the stage for the brand-new HAUNTED CITY #1 issue heading your way next month. Make sure to get in on the ground floor of this incredible new series that's set to take comics and Hollywood by storm! Complete with an additional sketchbook section, never before seen art, and a stunning cover by series artist Michael Ryan, this special #0 issue is not to be missed! 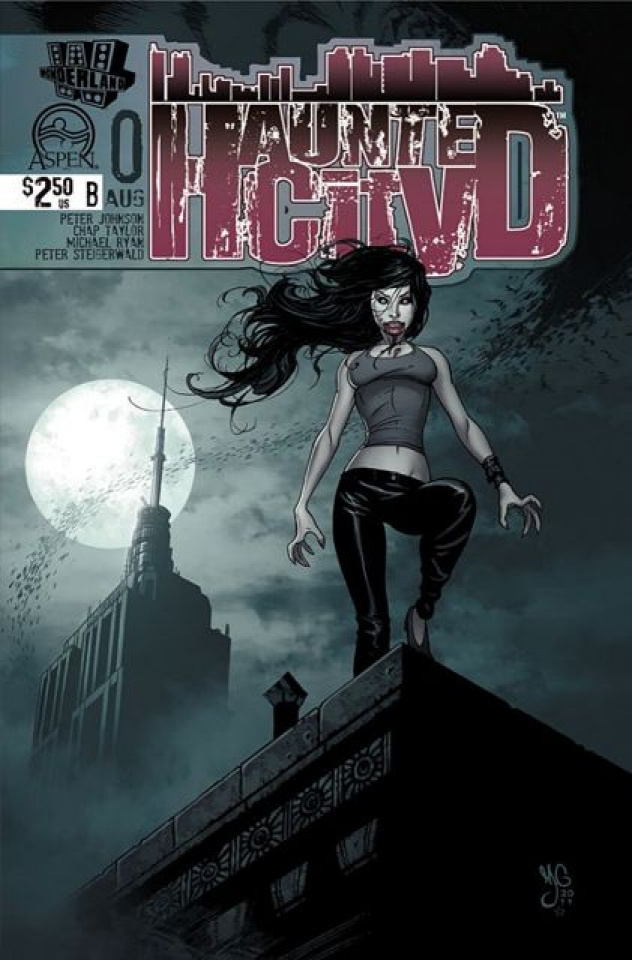