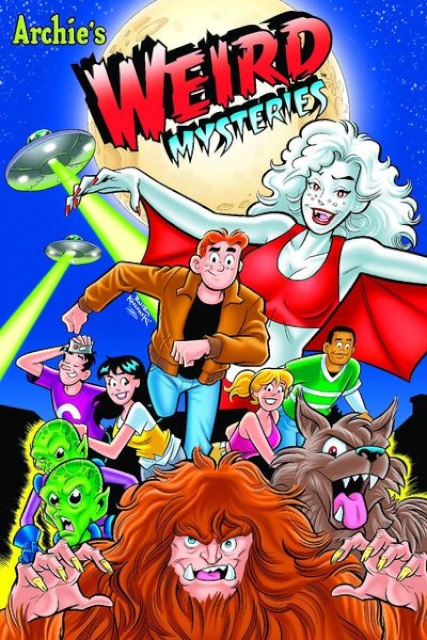 Collecting some of the best tales from the series based on the hit cartoon, Archie and the gang continue their classic adventures - with a weird, offbeat twist! Archie is working for Riverdale High School's newspaper, investigating weird phenomena and bizarre happenings. It seems the school's science department blew a fuse in its hyper sub-molecular quarkinator, and all sorts of things are now crawling and slithering through the town! It's up to Archie to look into the cases... and usually he happens to be there when they are resolved as well. All of the gang from the pop television series shows up, including occasional appearances from their own Sabrina the Teenage Witch, popular comic book character of the 1970s and popular television character of the late 1990s.