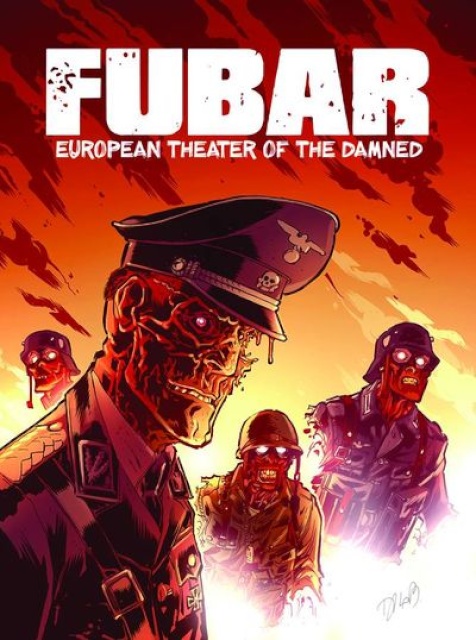 The smash-hit WWII Zombie anthology is back with a variant second printing! We have nothing to fear, but fear itself... and Zombies! FUBAR is an old-fashioned World War II Zombie anthology, boasting 15 stories from a virtual army of independent creators. This Zombie-Nazi-smashing collection spans the entire European theater from Sussex to Stalingrad as the Allies come face to face with the walking dead!