In the wake of SHADOWLAND, there's a new protector of Hell's Kitchen! He has no kingdom, no Vibranium and no high-tech safety net - just bloody knuckles and the will to prove himself in a foreign land where the fiercest of jungle predators stalks the most dangerous urban prey! His name is T'Challa - and in the aftermath of Shadowland, he will create a new life, a new identity, and learn what it is to be a different kind of hero. But with Daredevil gone, the bad guys are coming out to play, and a new nemesis - Vlad the Impaler - plots his bloody rise to power. Be there as national best-selling author and Edgar Award-winner David Liss and pulp master Francesco Francavilla (Zorro, Green Hornet) craft a shocking new chapter for the world's most dangerous man! Guest-starring Luke Cage and Spider-Man! Collecting BLACK PANTHER: THE MAN WITHOUT FEAR #513-518 and material from X-MEN: CURSE OF THE MUTANTS SPOTLIGHT. 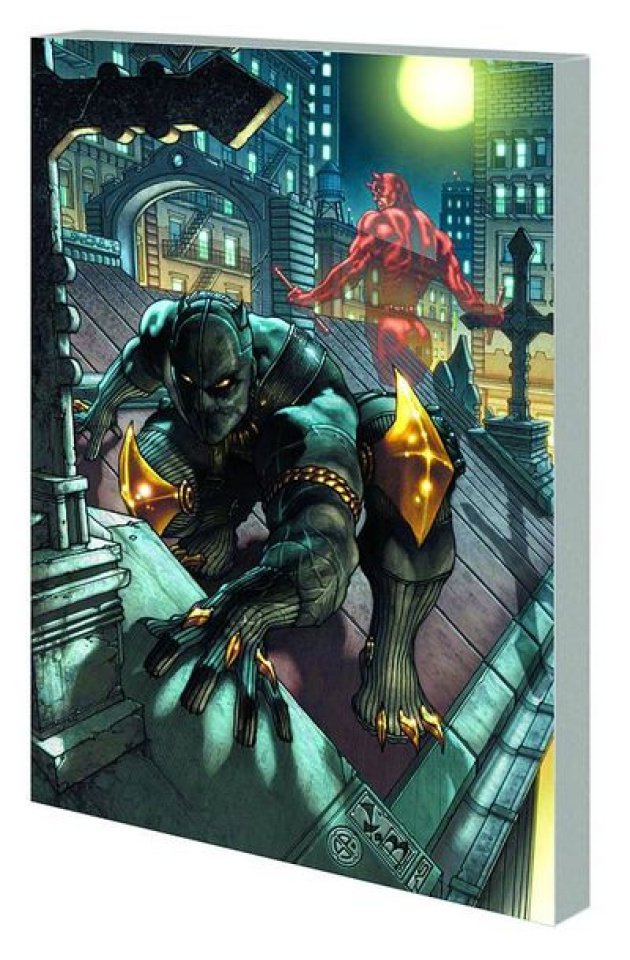