This summer, Marvel Studios is bringing to life two of the AVENGERS in THOR and CAPTAIN AMERICA: THE FIRST AVENGER. But their adventures don't end on the silver screen. Pick up this 48-page book for two whole new stories starring Thor, Cap, and all your favorite characters from the films! Citadel of Spires: When Fandral-one of the Warriors Three-is taken captive, it's up to Thor, Sif and Loki to get him back… despite going up against one of the fiercest creatures in the nine realms! U-Base: When Hydra's U-Boats take out an Allied target, it's up to CAPTAIN AMERICA and his HOWLING COMMANDOS to strike back! The heroes sneak in to a Hydra U-Base, but there they find that the tentacles in the Hydra logo might not be simply symbolize! From FRED VAN LENTE (Amazing Spider-Man, Incredible Hercules) and RON LIM (Silver Surfer, Infinity Gauntlet) comes a duo of Adventures from this summer's hottest heroes! 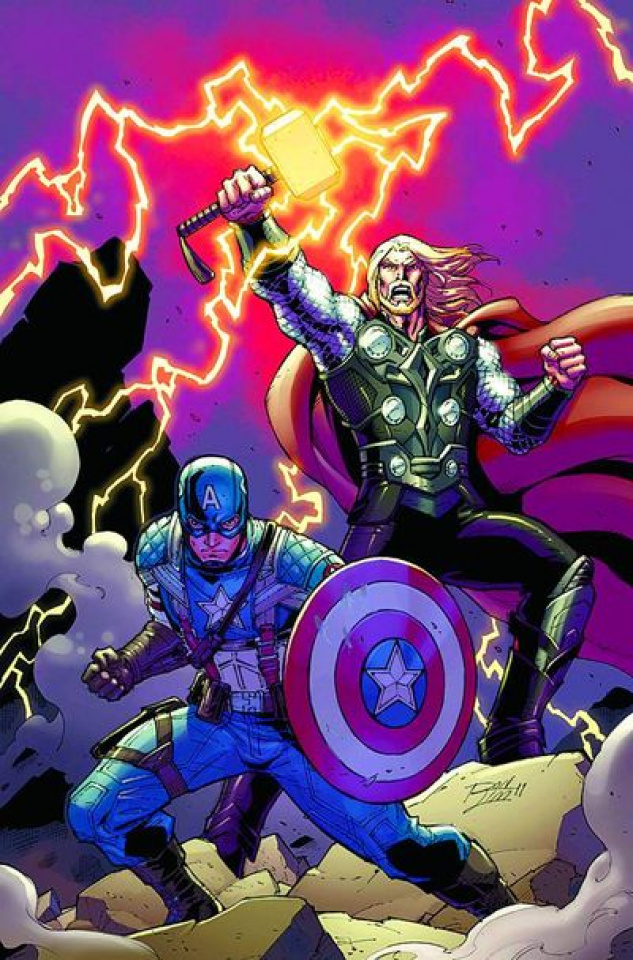