As the world descends into chaos around him, Herc and his unlikely myth-villain allies fight to save his new home of Brooklyn from being consumed by the fear being sown by the witchcraft of Hecate. Will Herc keep his wits and save the day, or will his newly depowered nature make him all the more susceptible to Hecate's terrifying powers? It's magic and mayhem of unprecedented levels in this thrilling new issue from Marvel 'Foremen' Greg Pak and Fred Van Lente! 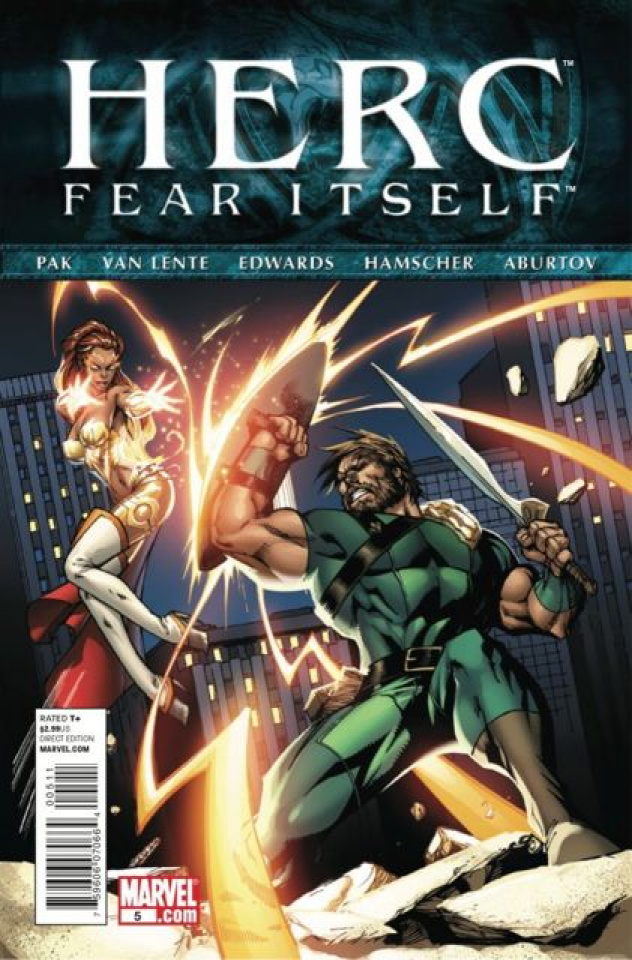