Alpha Flight... traitors??? After saving their country from the hammer-wielding XXXXX, The Flight are captured by the newly risen Unity Party and branded as traitors. Now they must escape from the bowels of the top-secret facility, Department H, they once called home. In doing so they must confront the shocking betrayal of one of their core members -- and discover an imprisoned hero readers have clamored to see since this series was announced! The red-hot writing team of Greg Pak and Fred Van Lente and artistic legend Dale Eaglesham continue their highly-anticipated resurrection of one of Marvel's most beloved super hero teams in a story that absolutely cannot be missed! 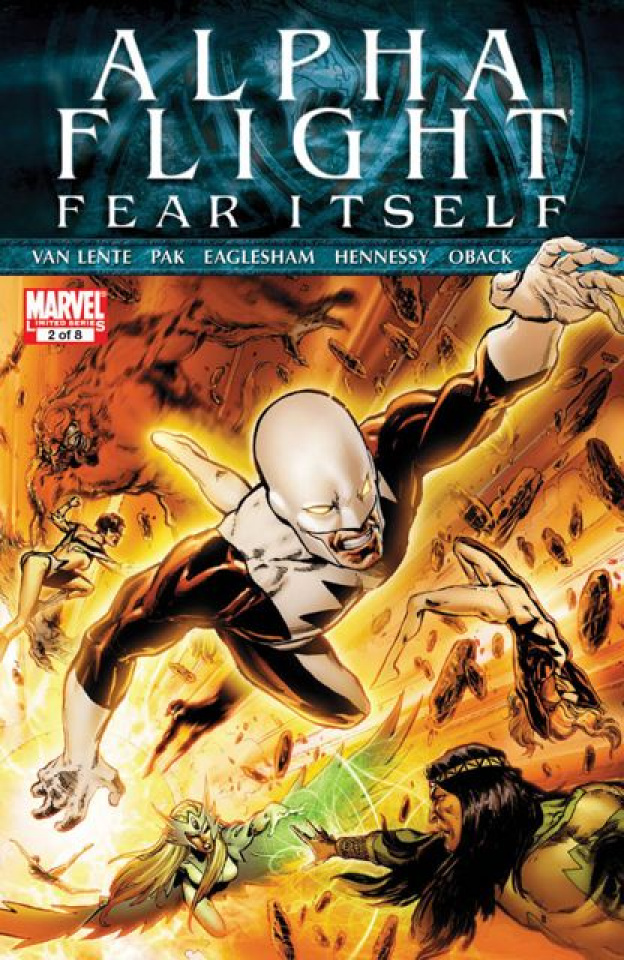