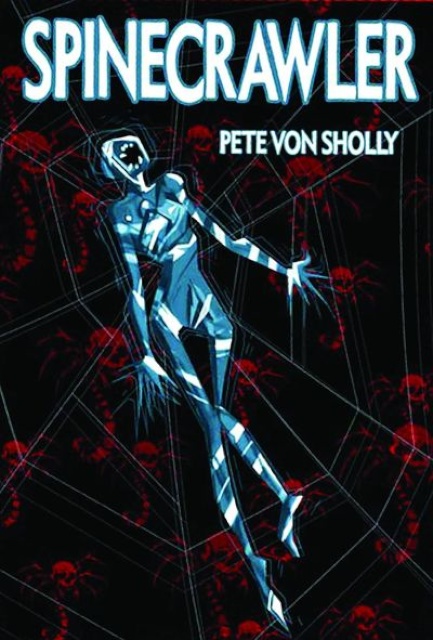 Spinecrawler is the story of a young girl who goes to the Big City to save her sister from the clutches of a mad artist with a sinister secret. She discovers a twisted madman whose nightmares are not just those of his drug-fueled imagination. His web of insanity is just the gateway to a terrifying unknown reality from which she may be lucky to save herself in the end. ?Brought to you by writer/artist Pete Von Sholly, the legendary veteran storyboard artist from dozens of Hollywood feature films, having worked with Sam Raimi, Frank Darabont, George Romero, Brian Yuzna, and many others.