Doctor Who: A Fairytale Life #4

The Doctor and Sir Callum have ridden out to storm the Dread Tower, but what they discovered there casts a new and terrible light on the history of this medieval fantasy world. With Amy's life hanging by a thread, the Doctor is running out of time. And the only thing standing between them is... well, it's a really big, fire-breathing dragon controlled by a psychopath. That's a new one. Matt Sturges, Eisner Award-nominated writer of Jack of Fables, spins this yarn, featuring covers by Mark Buckingham of Miracleman and Fables fame. 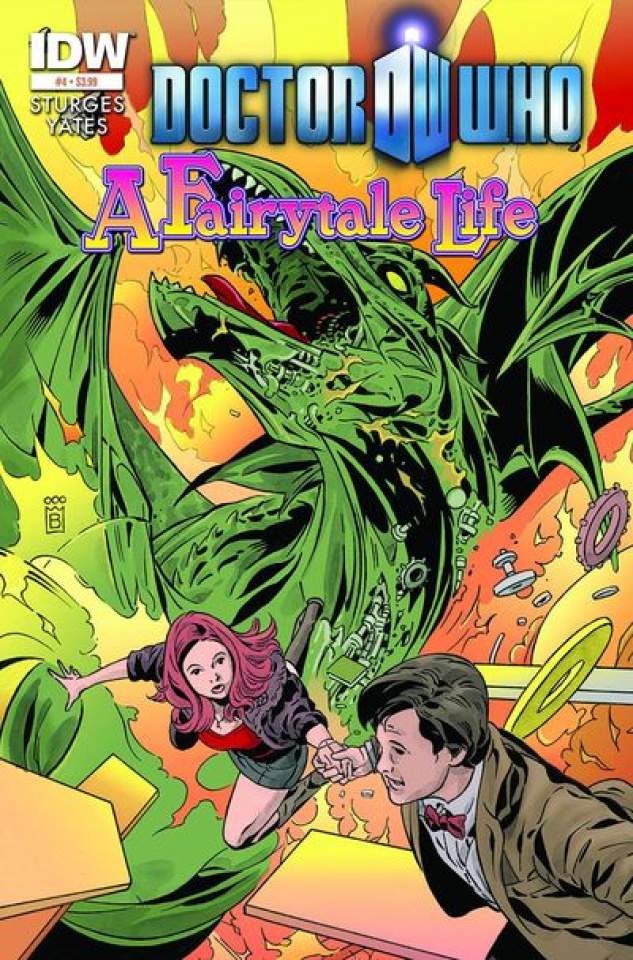