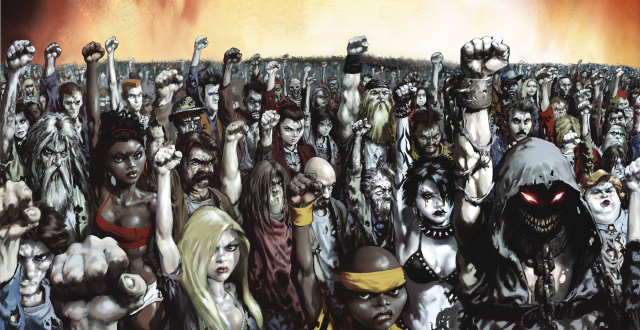 In the not so distant future, firefighter Griffin DeSanto has found himself a man out of time - stumbling into a harsh world of poverty, automation, and subjugation. Technology rules and a tech empire built on suffering keeps the population in check through surveillance and mechanized policing. Though lost, Griffin is never alone, he was brought here for a reason, and The Vengeful One is his guide.