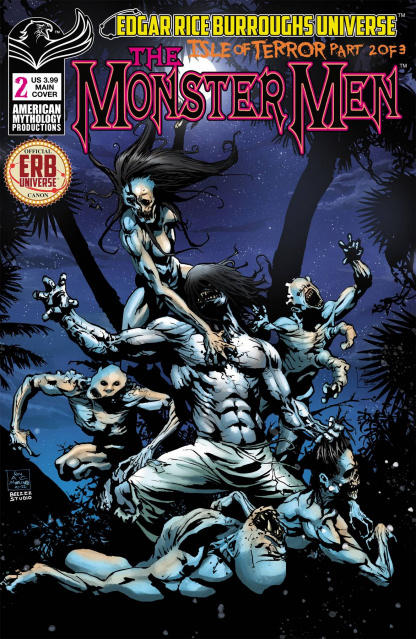 The insane monster-filled action sequel to Edgar Rice Burroughs' original novel reaches its penultimate chapter! On a storm-swept tropical island, Townsend Harper, Jr., and Virginia Maxon find themselves in the very worst place possible: Surrounded by a band of headhunting Dayak warriors commanded by the villainous Rajah Muda Saffir and blood-thirsty creatures that are more monster than human. Our heroes only hope is the intervention of Otto-Number 13-himself a man-made monster, but he's busy fighting for his life defending the scientist who created the creatures from both the monsters themselves and the forces of British Lieutenant Arkwright! This thrill-a-minute excursion into sci-fi adventure is written by Mike Wolfer and illustrated by Roy Allan Martinez, and has been declared official canon by Edgar Rice Burroughs, Inc.!