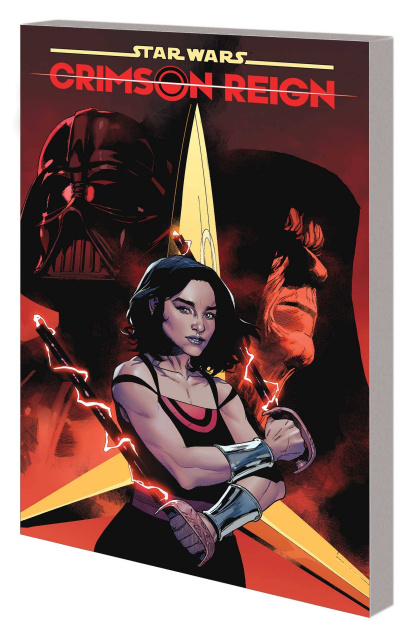 The story that began with WAR OF THE BOUNTY HUNTERS continues!

It's the second chapter of an epic saga that will reshape the Star Wars galaxy during the Age of Rebellion! The criminal organization known as the Crimson Dawn has risen - but what is their goal, and how do they plan to achieve it? As Lady Qi'ra sends two killers - the relentless, Force-blinded Ochi of Bestoon and the mysterious, unstoppable Deathstick - to do what they do best, how will the Rebel Alliance and the Empire react to this new galactic power player? Featuring the return of beloved characters, shocking twists, epic feats of the Force and a story that will reach from the darkest underworld all the way to the Imperial Palace on Coruscant, CRIMSON REIGN is a Star Wars saga like no other!