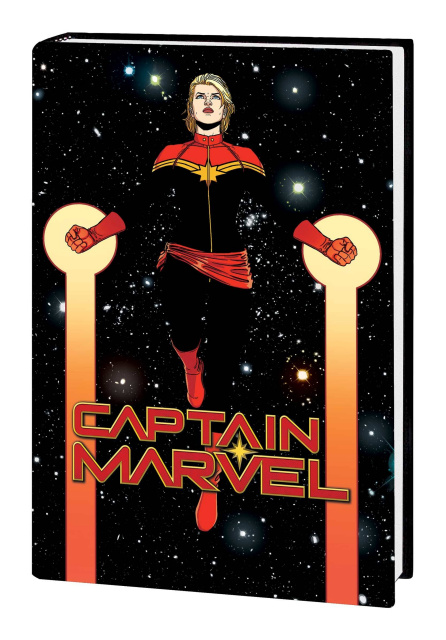 She's been an ace pilot, an Avenger and a cosmic warrior. Now, Carol Danvers has a new name and a new mission. As Earth's Mightiest Hero, the latest and greatest Captain Marvel, Carol is exactly where she's always deserved to be. But as she navigates this crossroads in her life, a dramatic decision sends her to the stars - right into the middle of an intergalactic war! Captain Marvel has plenty of challenges ahead - and she wouldn't have it any other way! Plus: adventures alongside Spider-Man and the Avengers. And who are the Carol Corps?