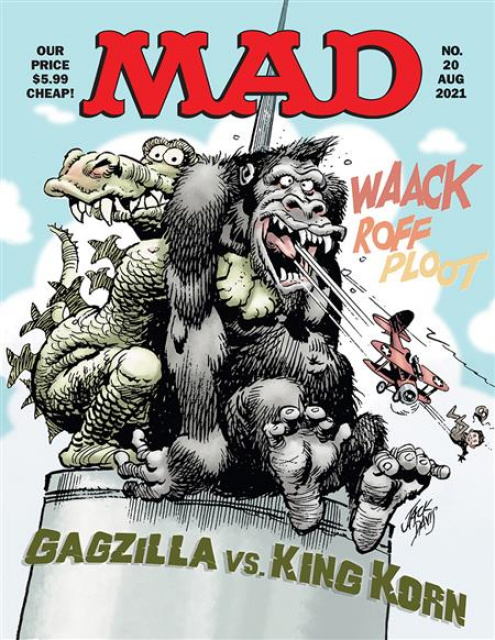 This issue, it's Gagzilla vs. King Kong Ball! Filled with more gags than you can shake a Fay Wray at, MAD #20 is a monstrous smack down salute to Godzilla and King Kong! We searched the deep jungles of the archives for issues that time forgot and captured some wily witticisms from the Usual Gang of Idiots. Witness the beastly works of Mort Drucker, Dick DeBartolo, Sergio Aragonés, Angelo Torres, "Duck" Edwing, and many more. Parodies include "King Korn," "Gotsilly," and "Son of Mighty Joe Kong." And a new Fold-In that eats itself by writer/artist Johnny Sampson.