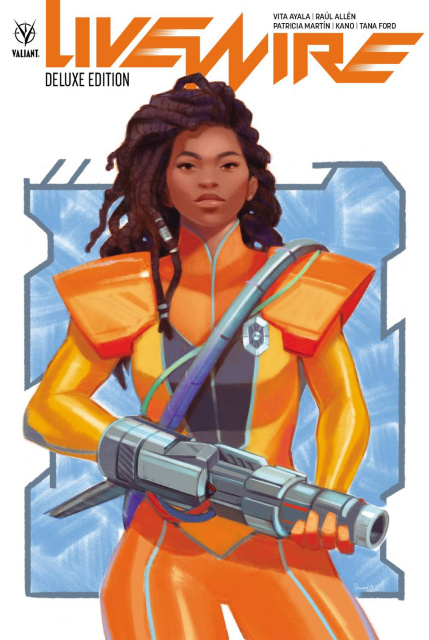 Mentor. Savior. Enemy of the State. Livewire is on the run after plunging the United States into a nationwide blackout to stop the exploitation of the psiots she is sworn to protect. Now, she'll have to outrun the government she once served and those she once called allies while finding herself called on to track down disappearing psiots. Can she overcome the political forces out to get her or will she become what the world condemns her as, a traitor? Rising star Vita Ayala (Shuri, New Mutants) joins astounding artists Rau?l Alle?n and Patricia Marti?n (Dune, Hawkeye), Kano (Gotham Central), and Tana Ford (Avengers) to take one of the Valiant Universe's most powerful heroes continues down her road to redemption!

Collecting LIVEWIRE #1-12, along with more than 20 pages of rarely seen art and extras!