Jennifer and Elita fight for their lives against the horde of swamp creatures that are trying to prevent them from rescuing Alejandro from the Changelings. Meanwhile, Alejandro finds himself face to face with the Prime Changeling and discovers that he shares more than just a species as it is revealed that the Prime is his true father. Now, Alejandro is faced with the most important decision of his life, whether loyalty to his true bloodline and heritage is more powerful than the love of his human mother and family with the fate of the world at stake in this final installment of the first chapter. MIDNIGHT SKY is Invasion of the Body Snatchers meets They Live. Featuring two covers by series artist Scott Van Domelen, including a special Logan's Run homage. 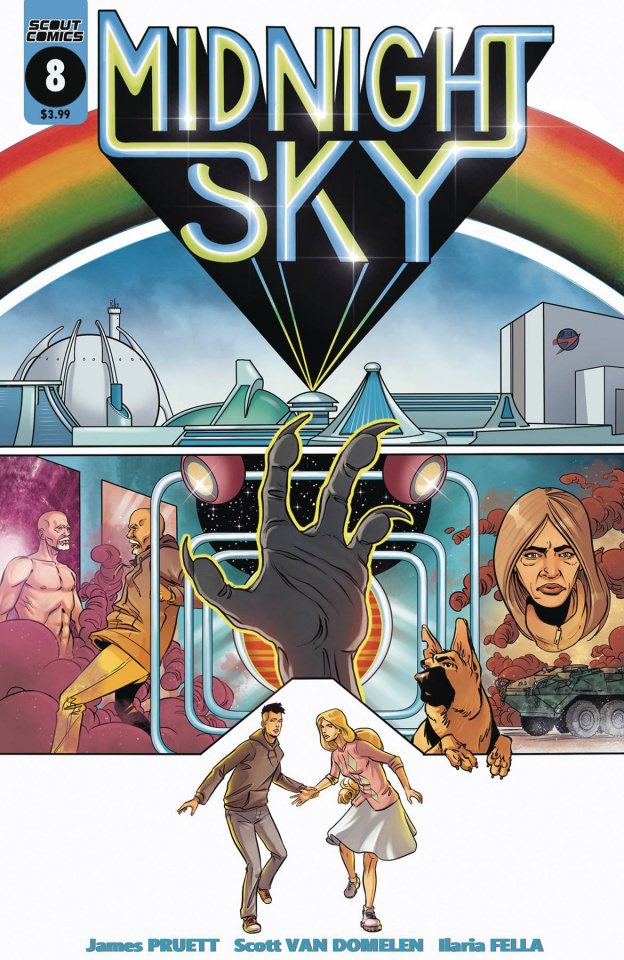