Yorick and Bones: Friends by Any Other Name

Written and illustrated by a dynamic father-daughter team, this is the "humerus" sequel to Yorick and Bones, a heartfelt young graphic novel about the unlikely friendship between an Elizabethan-era skeleton and the dog who digs him up. Whimsical skeleton Yorick (an Elizabethan-era skeleton) and his trusty canine companion Bones (the dog who dug him up) are back in another rib-tickling adventure. This time, Yorick and Bones are delighted to receive an invitation to a party - a costume party! But when Yorick arrives and meets a new potential friend, he isn't sure whether she likes the real him or just who he is in disguise. And now that he thinks about it, who is Yorick really, as a skeleton? Is he still the same fun-loving jester he used to be? Pondering these big questions, Yorick heads to the graveyard, where he receives advice from a few new faces. There's Ophelia, who suggests Yorick try collecting flowers. There's Polonius, who tells Yorick how fun it can be to surprise your friends. Yorick isn't sure that any of these hobbies are right for him. But with a little help from Bones, Yorick is able to find joy in what makes him unique and learns to love himself just the way he is. 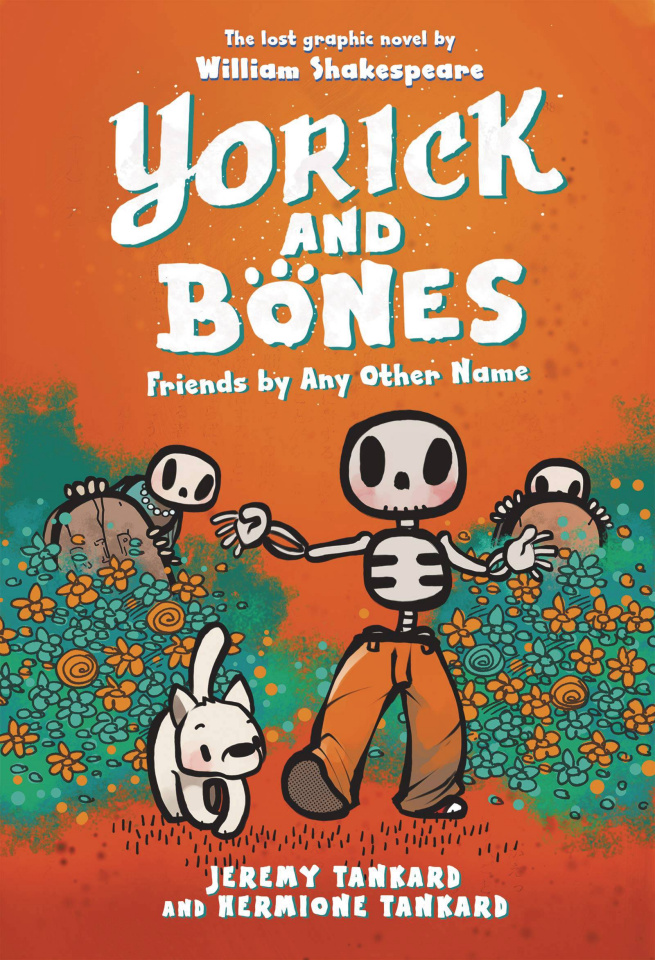