Drayton Hayes is a heavyweight boxer who was kidnapped by a bizarre troupe of scoundrels calling themselves the Vaude-Villains, then transformed into the super-powered murderous clown Punchline (Tap Dance Killer #1, 2018). Punchline is about to throw-down with the main superhero from the Hero Tomorrow Comics universe, Apama, in a series that turns on a dime from horror to comedy to supernatural! 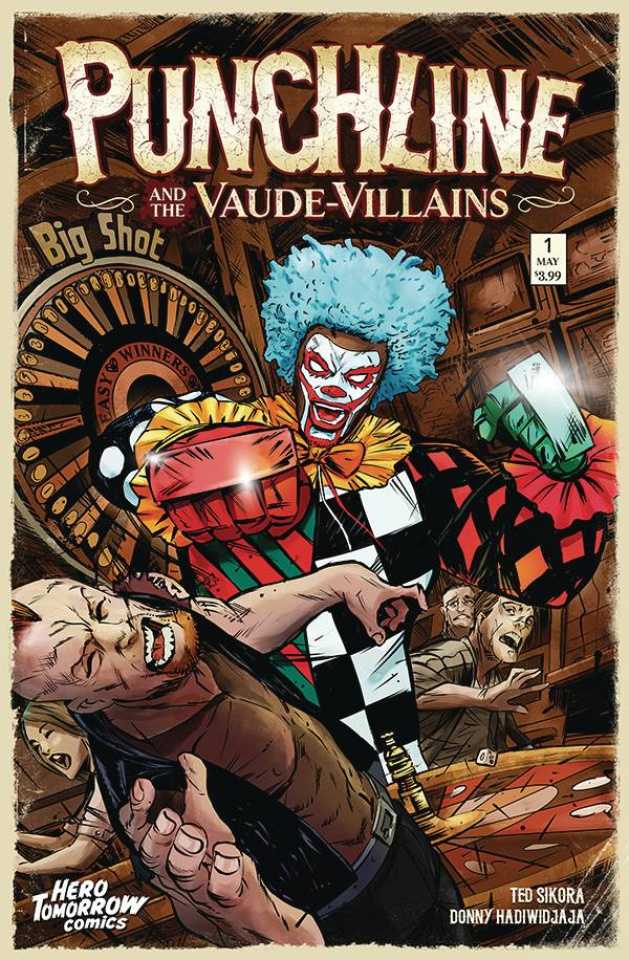