The weather is warming, so it's time to chill with a triple-threat of terror! This issue of Horror is oozing with talent: Alex de Luca and Richard Becke tell a tale of the Boabhan Sith, beautiful but deadly vampire women of the Scottish Highlands, Teenager Jenny meets some sinister senior citizens and learns the hard way to "Respect Your Elders" by John Chance and Ron Joseph. And danger awaits a father and son seeking winter shelter at a not-so-abandoned bunker in a world where "All Is Silver Blue" by John Chance and Emilio Utrera! 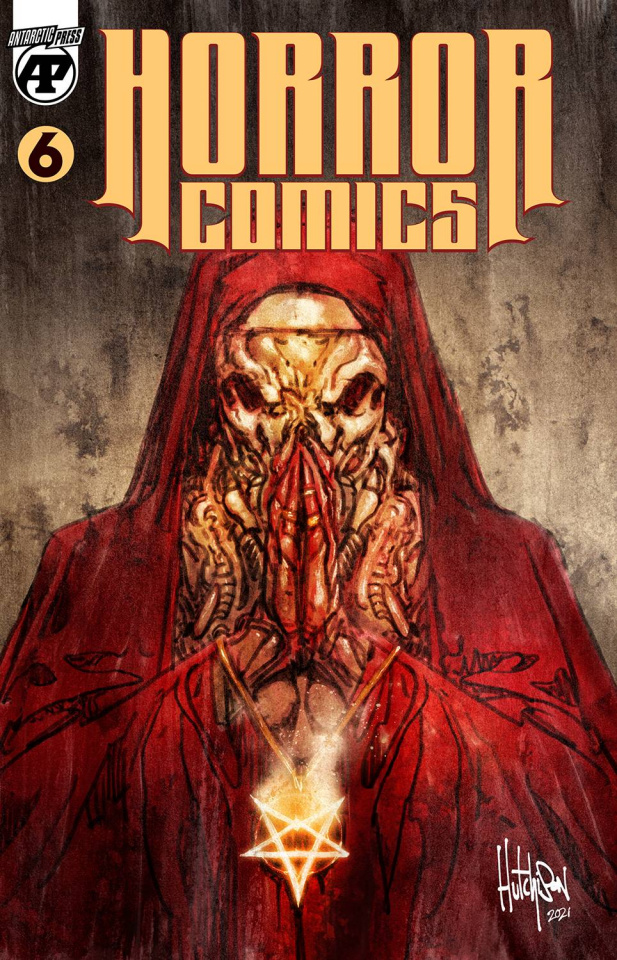