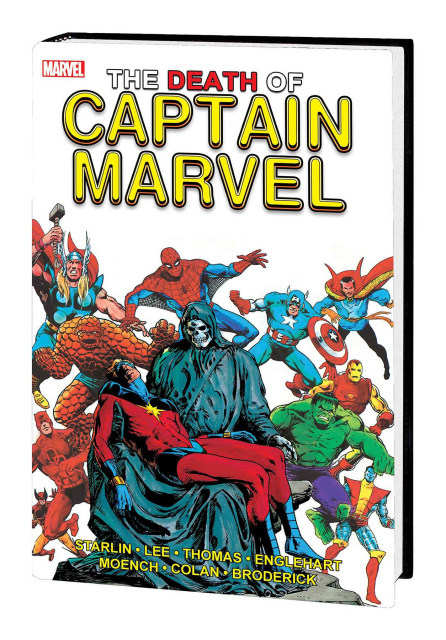 Celebrate the life and honor the death of one of the Marvel Universe's greatest heroes, as a classic tale is presented in the full cosmic scale of a gallery edition! The Kree warrior Mar-Vell has triumphed over foes large and small. But when he is diagnosed with cancer, Mar-Vell finds himself face-to-face with an enemy that even his vast might can't defeat - and both he and a universe that loves him must rally together to accept the inevitable. The industry-changing graphic novel is presented alongside Mar-Vell's formative adventures, a portentous battle with Nitro and Mar-Vell's budding romance with his true love, Elysius! Guest-starring the Avengers, the X-Men, the Fantastic Four and more!