THE MYSTERY OF THE NEWEST VALKYRIE UNFOLDS!

The biggest new addition to the Marvel Universe finally fulfills a promise years in the making! On the planet of Perdita lives an ancient power - imprisoned. Leashed. Valkyrie goes to free it - and herself. And she must work quickly, for back on Midgard, Jane Foster has fallen into the sights of Kraven the Hunter! The killer stalks a beast from another plane, one whom Loki claims threatens the lives of every mortal. But there is more to this creature than meets the eye. Can the gaze of a Valkyrie reveal the secrets behind the wolf and his unearthly origin? 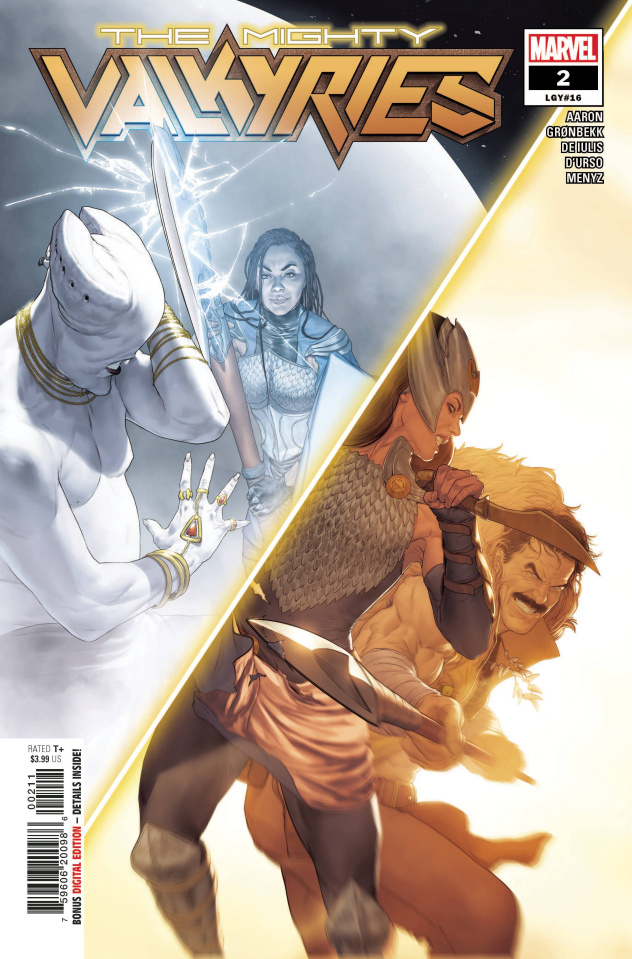