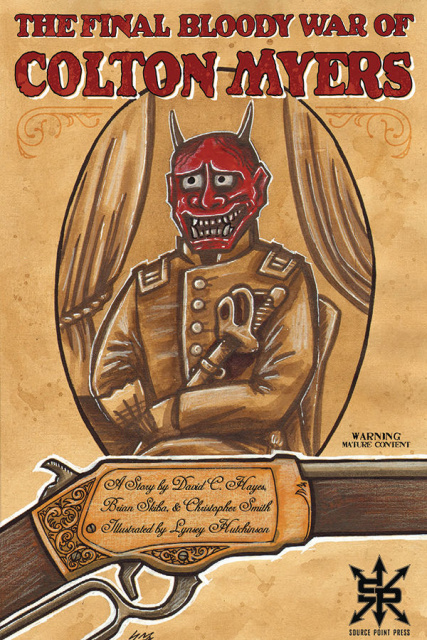 After the horrors of the Civil War and a childhood steeped in violence and revenge, Colton Meyers attempts to try and settle with what remains of his brother's family and do right by them, whatever God was left to Colt and the people that survived his violent past. When a roving band of depraved villains shatter that dream, Colton Meyers has to strap the six-shooters back on and rescue his niece from a Japanese mystic trading in slaves. The only way to do that, though, is to go through the worst human beings ever to gather in one spot in a gory free-for-all battle with only a single winner. This winner will need to be a human killing machine. Looks like there really is only one man for the job.