The first book in a rib-tickling and heartfelt young graphic novel series about the unlikely friendship between an Elizabethan-era skeleton and the dog who digs him up, written and illustrated by a dynamic father-daughter team. Yorick, a hapless skeleton, has just been dug up after a few hundred years of sleep. Bones, a curious stray dog, did the digging. Not realizing that he is a skeleton-or that he's no longer in the Elizabethan era-Yorick tries to meet new friends around town. Much to his annoyance, Bones has quite literally latched onto him, excited to have a tasty leg bone to chew. But when Yorick's friendly overtures scare all the villagers away, it is Bones who remains by his side, and Yorick finally realizes that the friend he truly sought was attached at the hip-so to speak-all along. 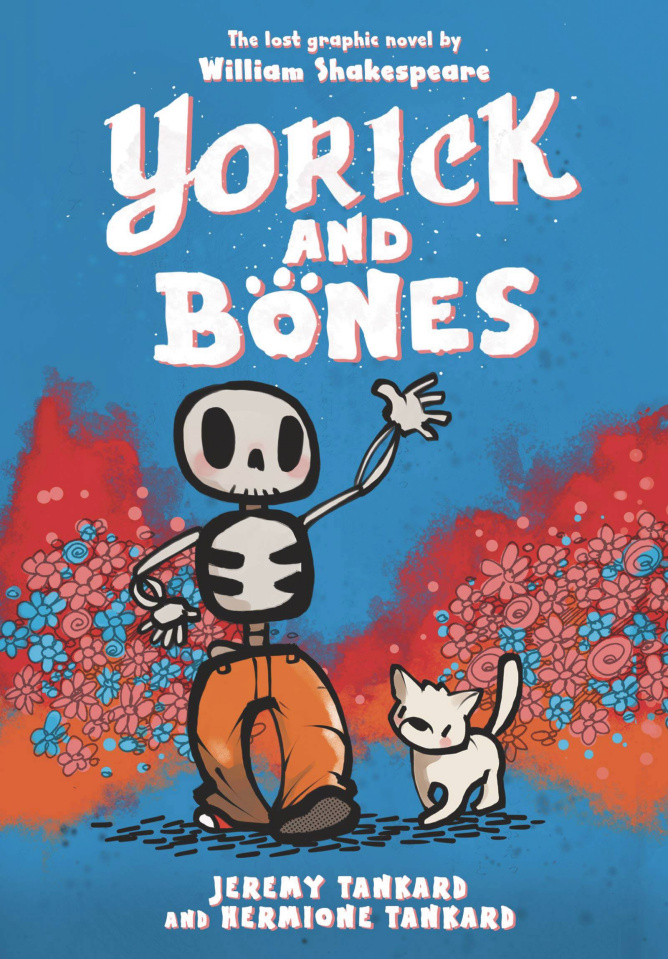