Tom the Dancing Bug: Into the Trumpverse

Tom The Dancing Bug has been running in newspapers for almost 30 years and it remains as timely and poignant as ever. Political commentator and Tom The Dancing Bug creator Ruben Bolling has certainly had plenty of material to work with over the last four years. Into The Trumpverse features more than 200 cartoons covering the political landscape during that time. With an introduction by the legendary Neil Gaiman. The people singing Bolling's praises, include: Mark Hamill: "Behold the wondrous, whimsical, witty world that is Tom the Dancing Bug! If you're someone who's not a fan of potent political humor with an incisive absurdist twist that's not only consistently funny, but downright therapeutic for an ailing world, I suggest you avoid this book like the plague. For everyone else, it's a MUST-READ!" Patton Oswalt: "Delve into the dementia, the dread, and the delightfulness of this collection of Tom the Dancing Bug's strips -- it's history through the lens of a self-loathing insomniac. In a way, it's all of us." Seth Meyers: "The fact that Tom the Bug can keep dancing in this day and age is a testament to his skills as a cartoonist!" Matt Groening: "Each week Ruben Bolling takes an unassuming little blank white rectangle and fills it up with clever cartoonery, sneaky commentary, and more political laughs than you can shake a stick at. All hail Tom the Dancing Bug!" 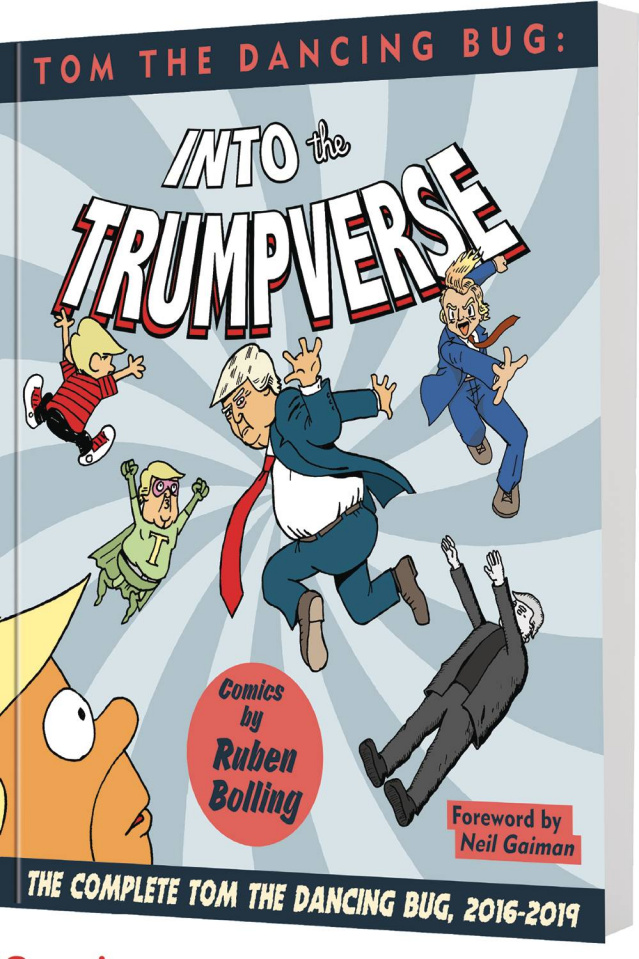