One of independent comic's longest running series forges ahead with a new destiny for the Aspen Universe! The quick-witted, action-packed team from the Fathom Blue series finally make their debut within the series proper! Aspen Matthews and Admiral Maylander begin a covert operation to forge the future of human-Blue existence by creating a veritable superteam of human and Blue operatives. However, their efforts pale in comparison to the effect of Killian's master plan on the surface world, as Anika and his plan to dominate both sides of the ocean is proving more successful than even they imagined! The critically-acclaimed creative team of Volume 8, wirter Vince Hernandez (Michael Turner's Fathom: Kiani, Charismagic), artist Mauricio Campetella (Jirni) and colorist Peter Steigerwald (Fathom, Superman/Batman), return for this all new volume of Michael Turner's Fathom! 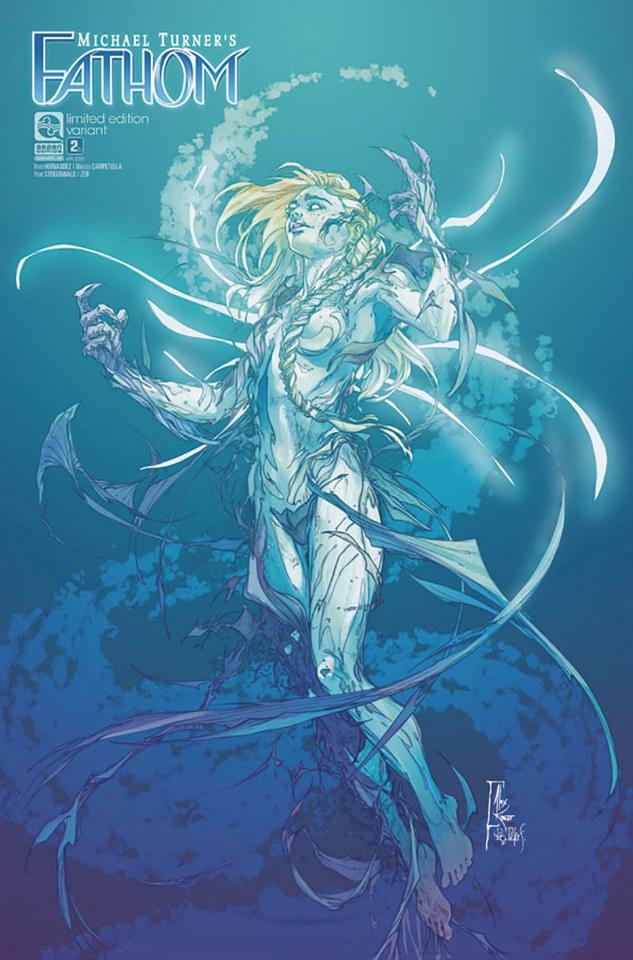