Timed to complement her reappearance in Sacred Six as part of CHRISTOPHER PRIEST's larger Vampirella saga, Dynamite is proud to reissue Pantha's first appearance. Presented exactly as it appeared in 1973, this issue includes a bounty of heart-pounding stories, art and fun ads. In her debut from writer STEVE SKEATES (Aquaman), Pantha's mysterious abilities are teased as she strikes down many a man who wrongs her. While Vampirella is in the midst of her creative peak in the Warren years, as definitive artist JOSE GONZALEZ has our heroine nearly sacrificed in a ritual to an Aztec god. The hidden gem here is a full color story by the incomparable RICHARD CORBEN! Laugh at the fun retro ads like 10 foot balloons, 8 inch plastic flies, ant colonies and early Vampirella tee shirts. All underneath the bow of a Enrich painting! Check out the Vampirella Archive HC series for more Warren-Era Vampirella! 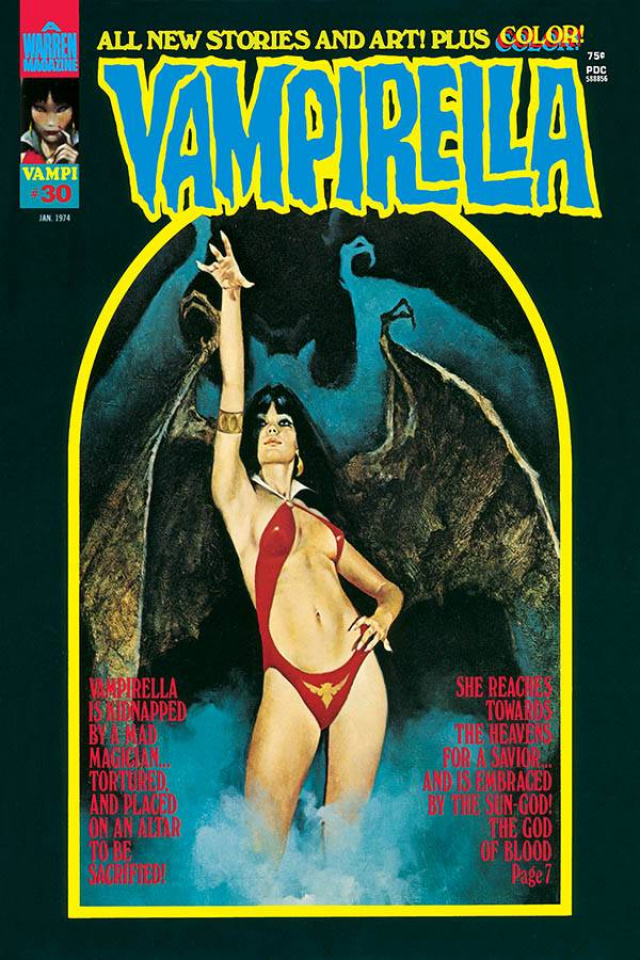