The War of the Realms (Omnibus Dauterman Cover)

Penciled by RUSSELL DAUTERMAN, MIKE DEL MUNDO, SCOTT HEPBURN, ED McGUINNESS & ANDREA SORRENTINO The Ten Realms have all fallen to Malekith and his army - except one. Now, at last, Midgard burns! All hell breaks loose in New York City as Malekith and his allies begin their assault - and with Thor trapped in the land of the Frost Giants, Earth's forces are overwhelmed! What can possibly stop the diabolical Dark Elf and his army? Spider-Man, Captain America, the Punisher, Ghost Rider, Blade, Hulk and more join the fray as Jason Aaron's epic THOR saga reaches a crescendo that explodes across the Marvel Universe! Featuring all of Aaron's WAR OF THE REALMS stories in one legendary hardcover - including THOR, AVENGERS and the saga of the all-seeing Daredevil, the God Without Fear! 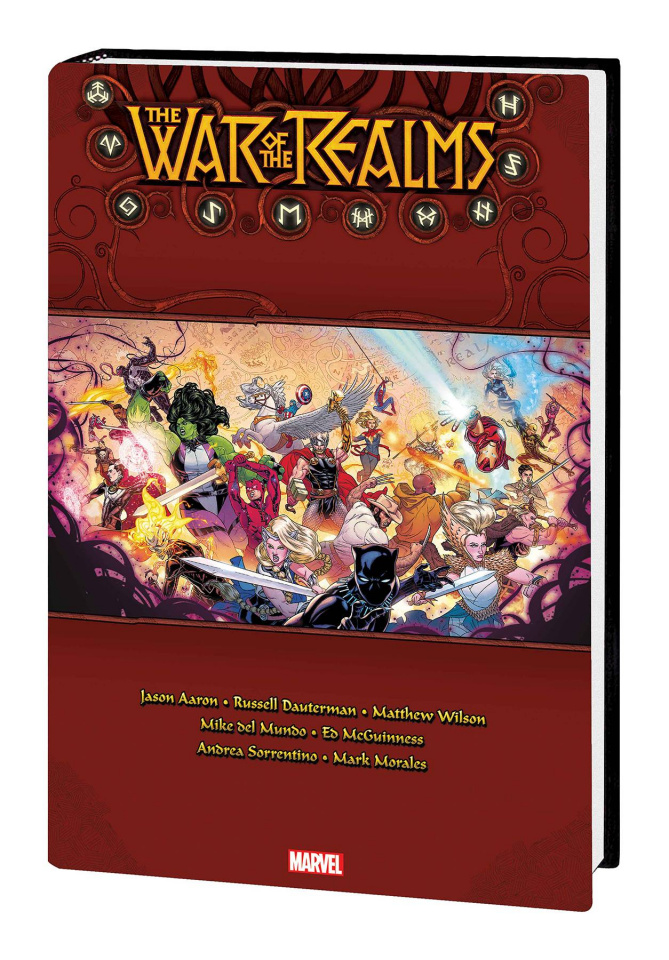