Death has released Thanos from her cold embrace, and he plans to repay her by murdering half the universe! But even as the Mad Titan gathers the six Infinity Gems from across the galaxy, assembling them into the Infinity Gauntlet and gaining truly godlike powers, a host of heroes gather to oppose him - including the Silver Surfer, Adam Warlock, Gamora, Drax the Destroyer, Doctor Strange and the Hulk! Even with Doctor Doom, Galactus and the universe's cosmic powers aiding them, can Marvel's mightiest possibly prevail against Thanos the all-powerful? The fan-favorite cosmic event is collected in its entirety! 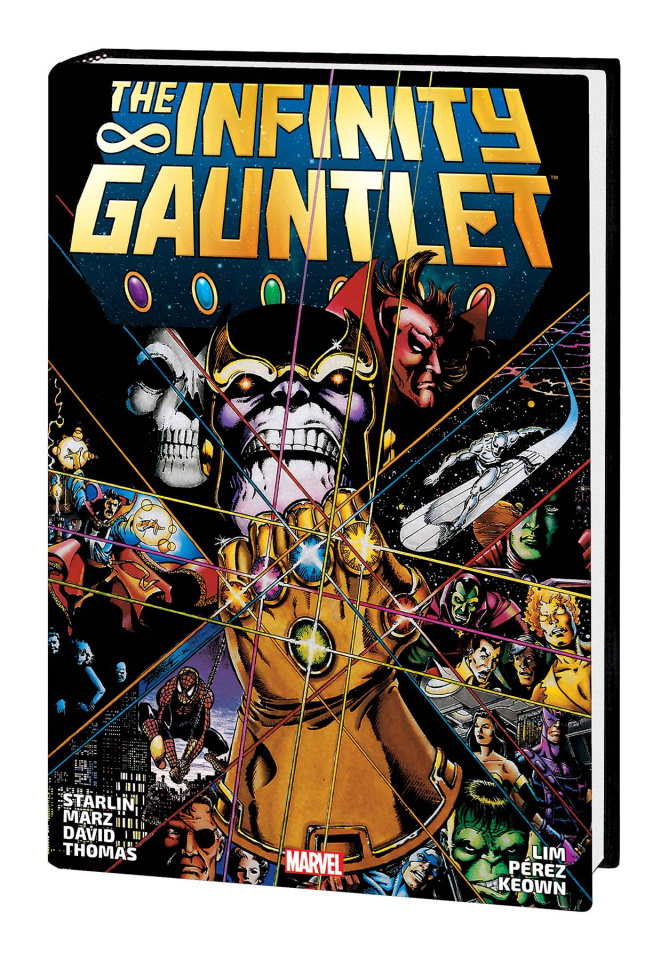