In a return to the literary and thematic territory of LEMIRE's breakthrough graphic novel Essex County, ROYAL CITY follows Patrick Pike, a fading literary star who reluctantly returns to the once-thriving factory town where he grew up. There, Patrick is quickly drawn back into the dramas of his two adult siblings, his overbearing mother, and his browbeaten father, all of whom are still haunted by different versions of his youngest brother, Tommy, who drowned decades ago. ROYAL CITY is a sprawling, ambitious graphic novel that charts the lives, loves, and losses of a troubled family and a vanishing town across three decades. This deluxe hardcover edition collects the entire ROYAL CITY in one complete volume with behind-the-scenes material that takes readers deeper into both LEMIRE's original story and his creative process.

"Buzzing with a meticulously controlled intensity that's propelled by its deeply flawed and richly imagined cast of characters, JEFF LEMIRE is at his best." -IGN 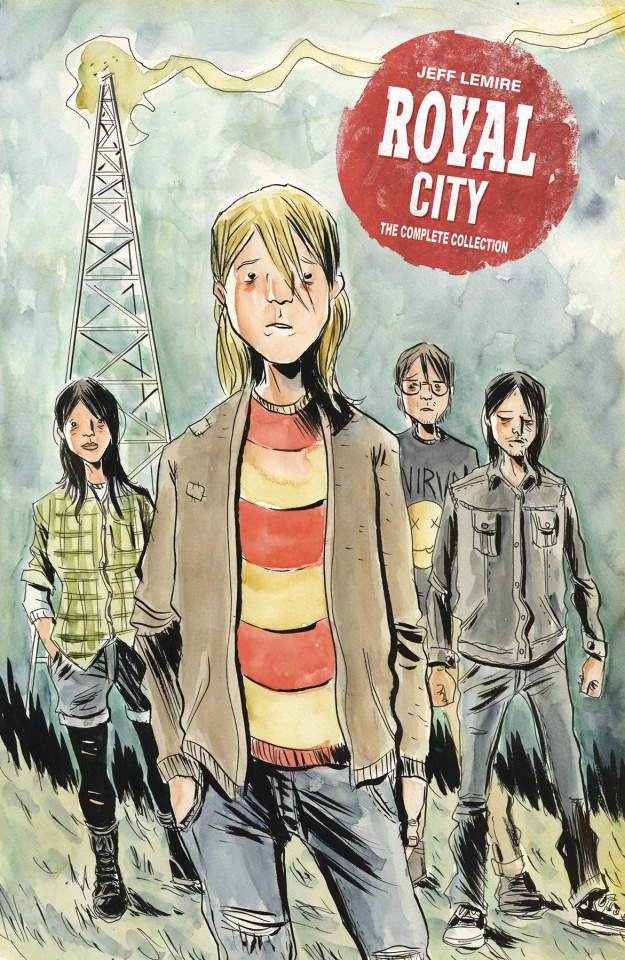