The female wing of Kaijumax prison is seething with hatred between monster-sized gangs, former intergalactic allies, and exploited inmates with a taste for revenge. Warden Shui Bao attempts to fuse her five-robot MegaBoard of Directors for a problem-solving summit, but her right hand-White Tiger Wu-refuses to cooperate. Dr. Zhang finally gets the chance she's been waiting for, but will she take it? Also: Torn-off limbs! Split-screen technology! Magical shrinkage! And... an adorable demi-robot? 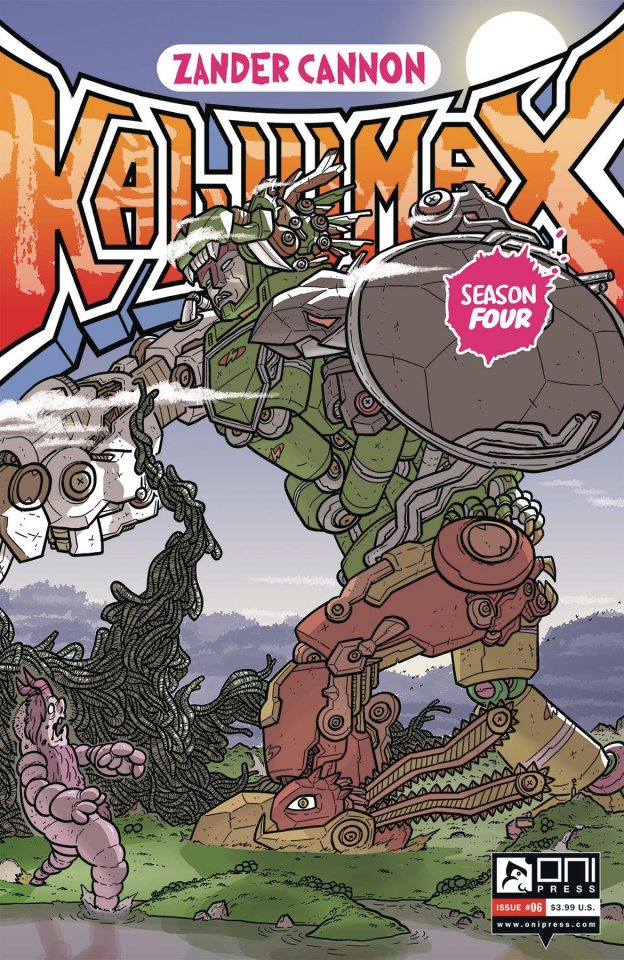