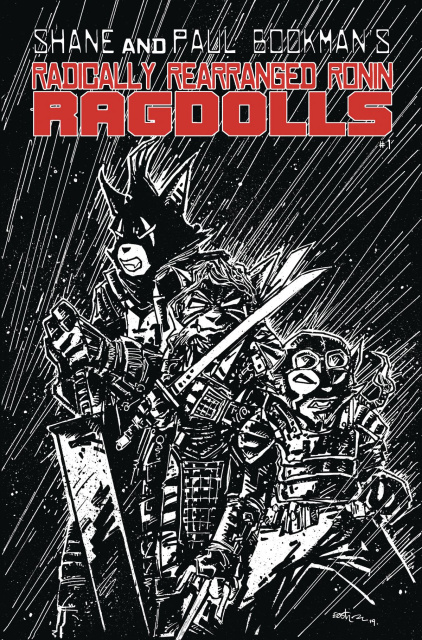 From the pages of DRAWING BLOOD and the mind of Kevin Eastman comes the story-inside-the-story: the indie comic about three crime-fighting mutant cats which launched the Ragdolls franchise in 1992, and kicked off Ragdolls-mania! See where it all began, in this thrilling one-shot from co-creators Kevin Eastman (Teenage Mutant Ninja Turtles) and David Avallone (Elvira, Bettie Page). Written by David Avallone, art by Kevin Eastman and Troy Little (Rick and Morty, Fear and Loathing in Las Vegas.)