Aspen's flagship hit series is back in a new lower-priced introductory trade paperback for new and returning readers alike! There is the world we know, and the world below... Aspen Matthews is an ex-Olympic swimmer, marine biologist, and a girl with a past shrouded in mystery. At age 11, she was found on a cruise ship, with no memory of who she was, or how she got there. Now, as the crew of the top-secret US military Deep Marine Discovery platform encounters a strange, alien craft, something is stirring in the back of Aspen's mind, flashes of her earlier life... A life beneath the waves! Showcasing the original breathtaking storyline by creator and superstar artist, the late Michael Turner, this streamlined and lower-priced new printing of the the best-selling Fathom Volume One is an absolute must-have for all Aspen and Turner fans! 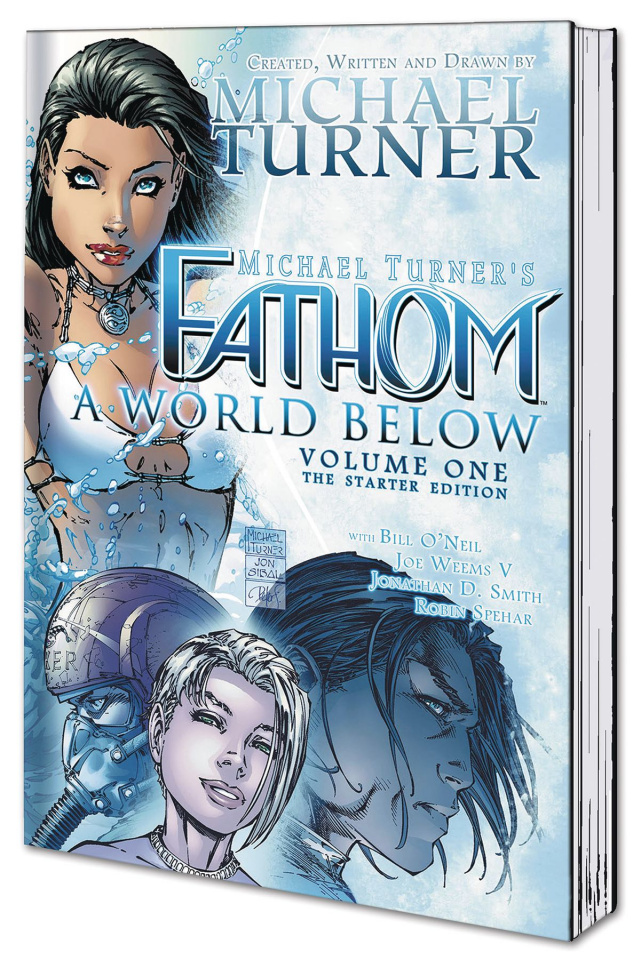