Zorro is back in a new horror-based series and celebrating 100 years of heroic swashbuckling action! Los Angeles is invaded by an army of demonic horsemen and Zorro is the only man who can save his home from becoming Hell on Earth. David Avallone (Bettie Page, Twilight Zone: The Shadow) and Roy Allen Martinez (House of M, Immortal Iron Fist) are proud to present the return of Zorro, as he faces down the Swords of Hell in an action-packed supernatural thrill ride. This volume collects the full Zorro: Swords of Hell 4 issue series and contains a wealth of extra material celebrating the centennial of this classic hero! 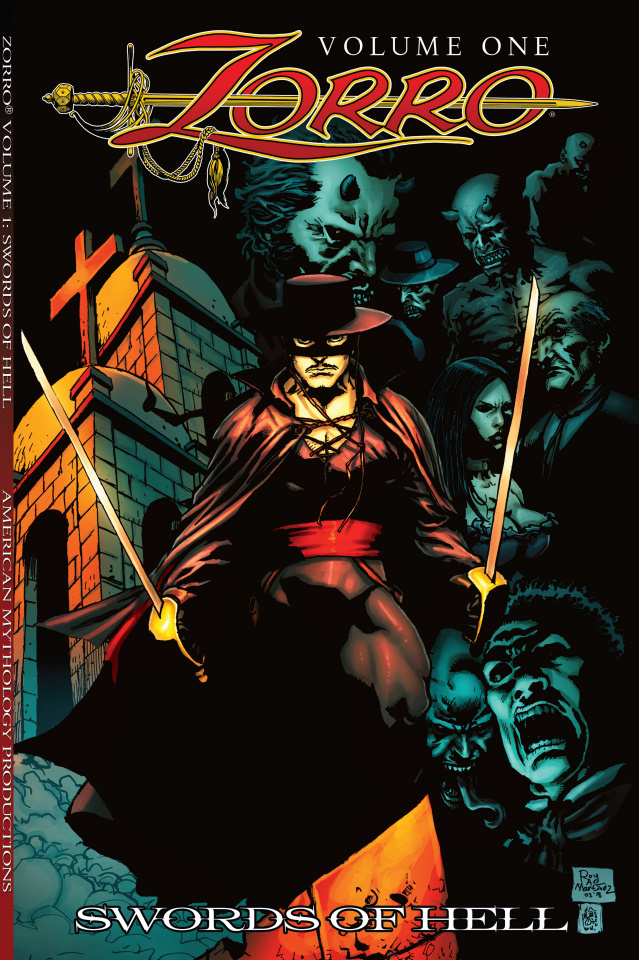