Two more episodes from the second season of Miraculous: Tales of Ladybug & Cat Noir are collected here! After sneaking out of his house, Adrien runs into Marinette and the two finally go to the movies together! But Adrien is also being chased by his overzealous fans and his bodyguard becomes akumatized by Hawk Moth into the gigantic Gorizilla! Then, Marinette and her friends set up a houseboat for a music festival with Juleka's mother. Marinette meets Juleka's brother Luka, an interesting boy who might be making her as tongue-tied as she usually is with Adrien! But then Hawk Moth akumatizes Juleka's mother into Captain Hardrock, a pirate whose ship poses a major threat to Ladybug and Cat Noir! Will the two greatest heroes of Paris save the day from the nefarious Hawk Moth? 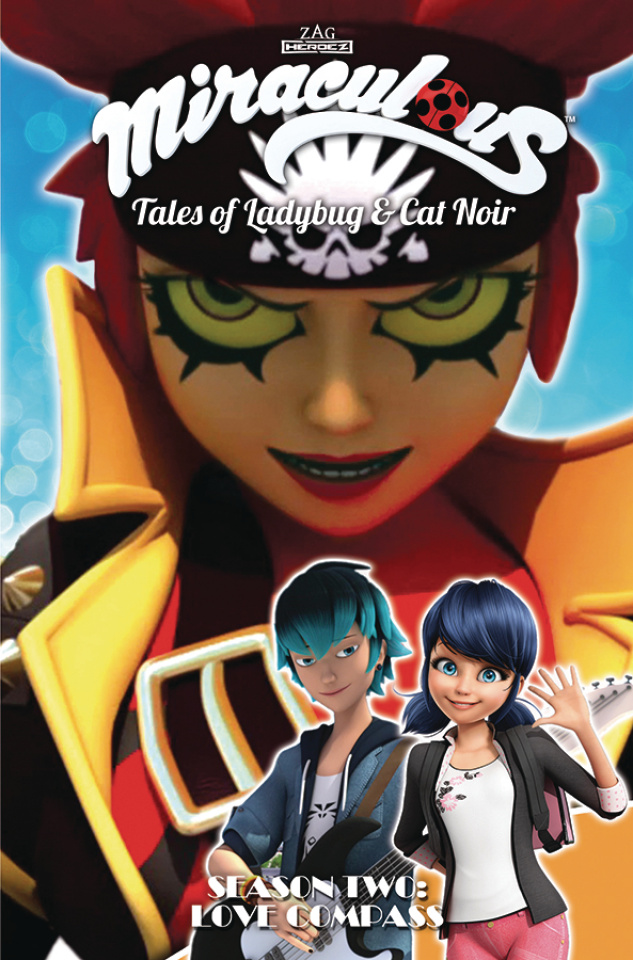 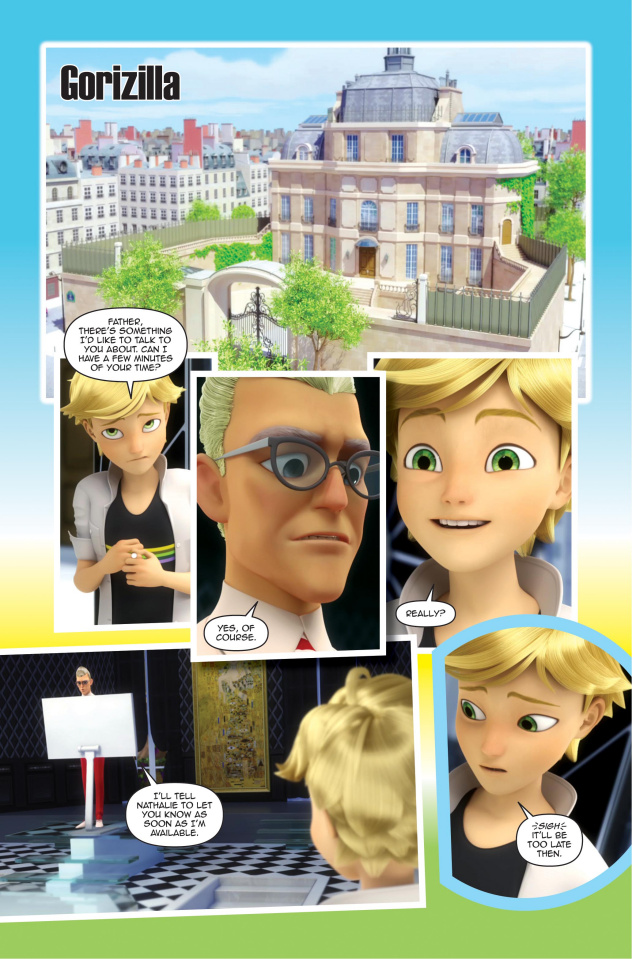 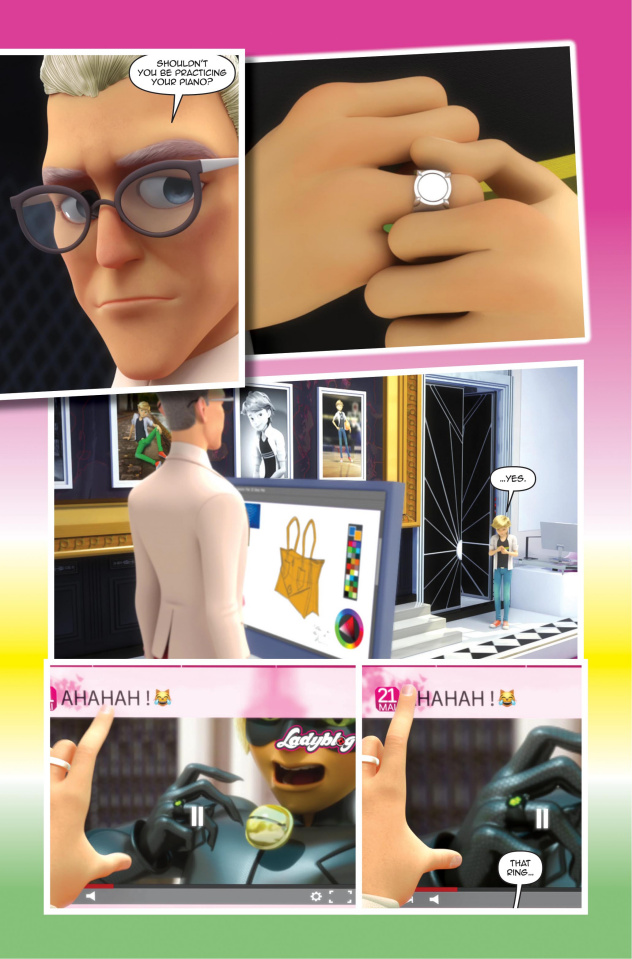 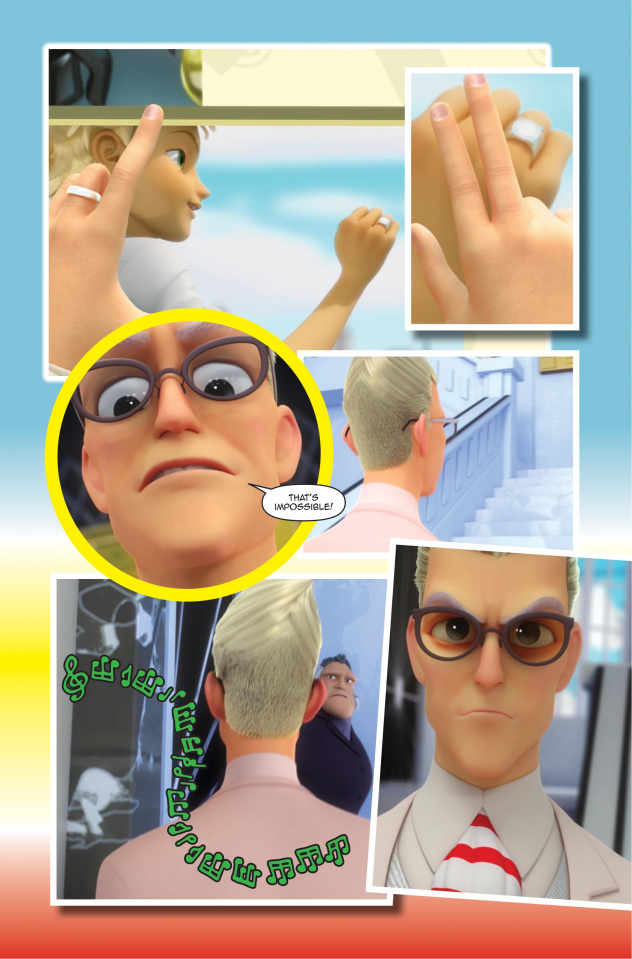 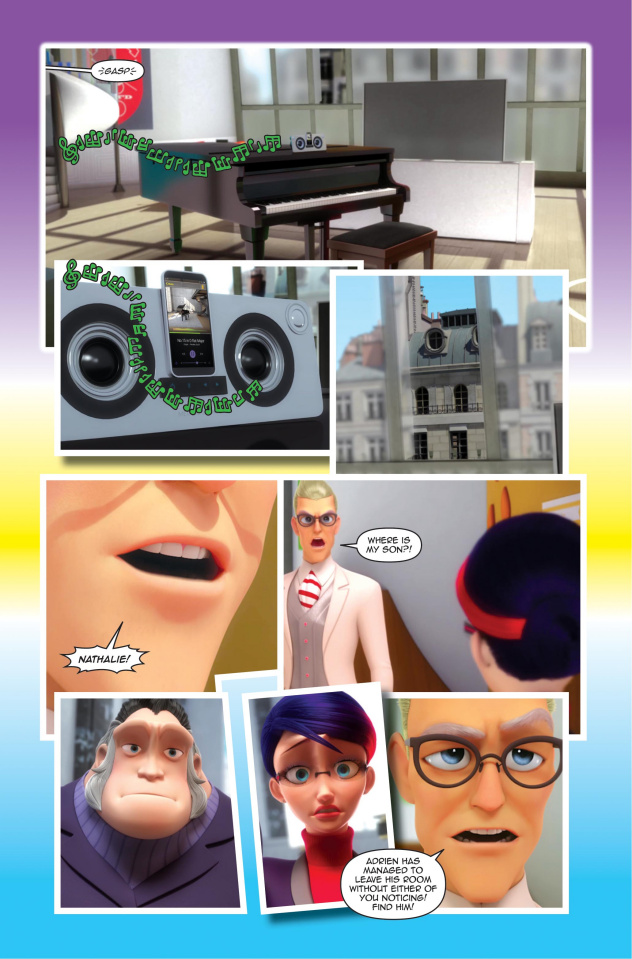 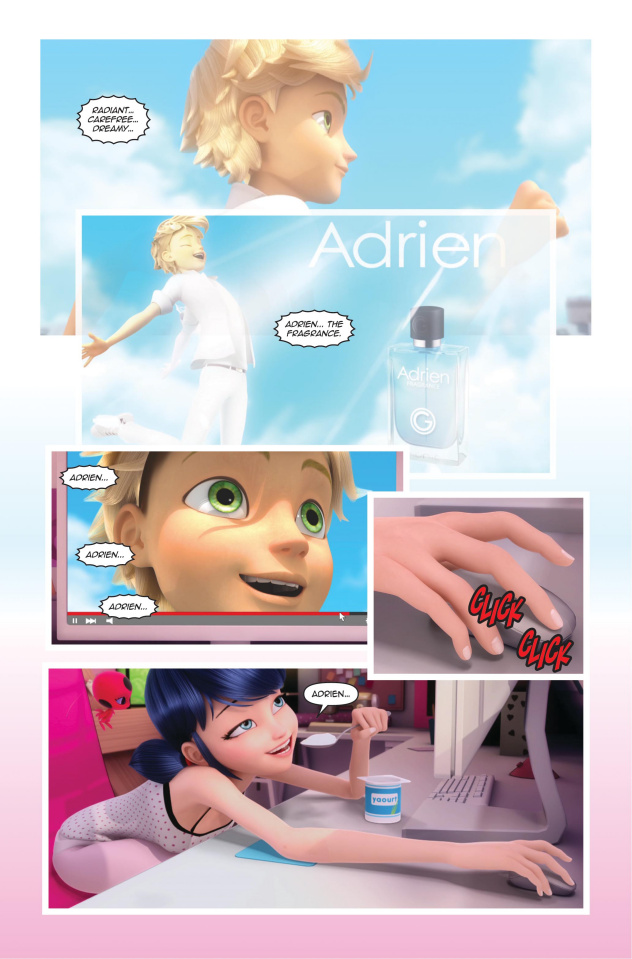 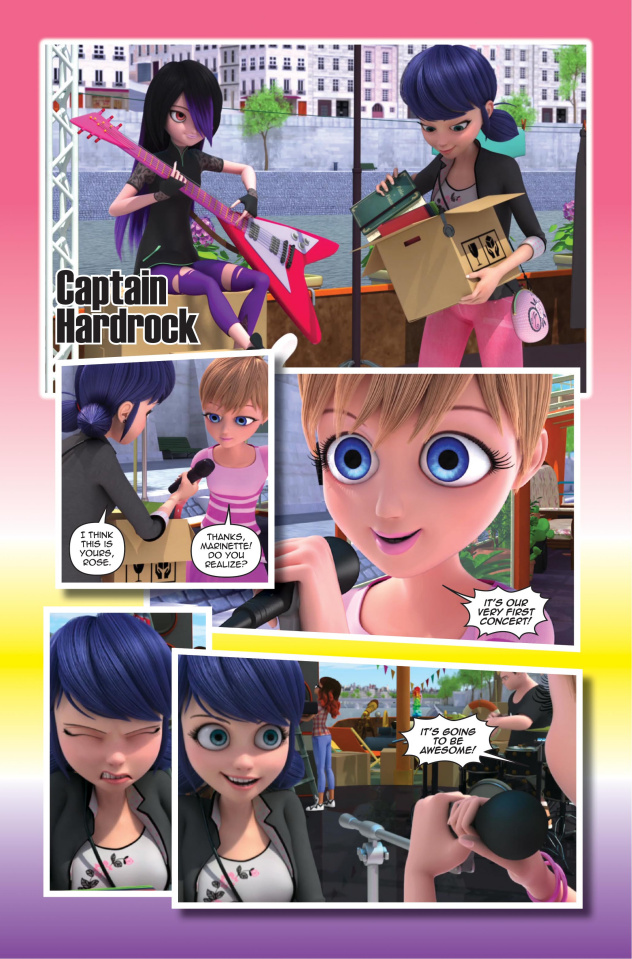 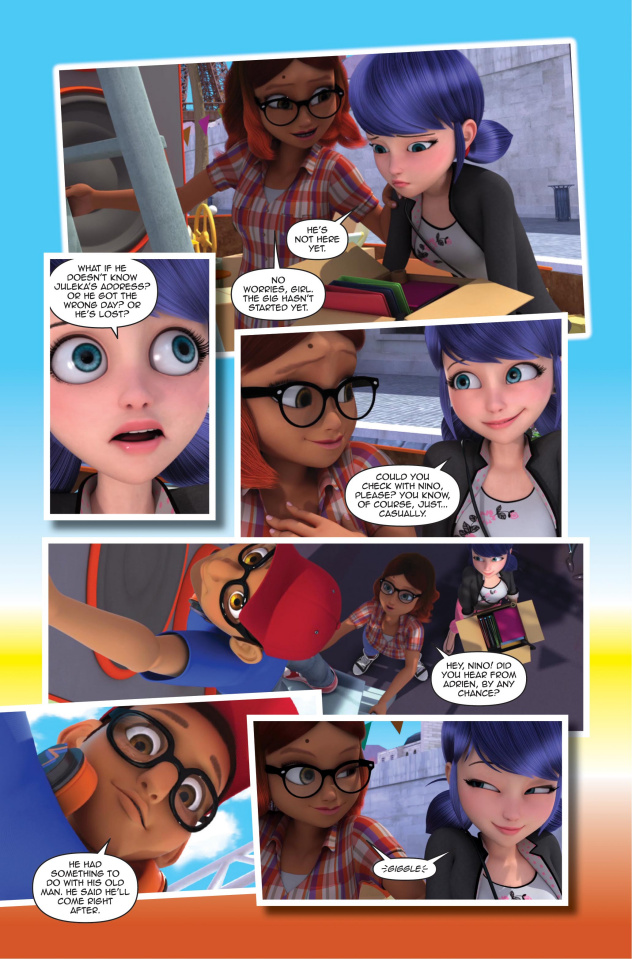 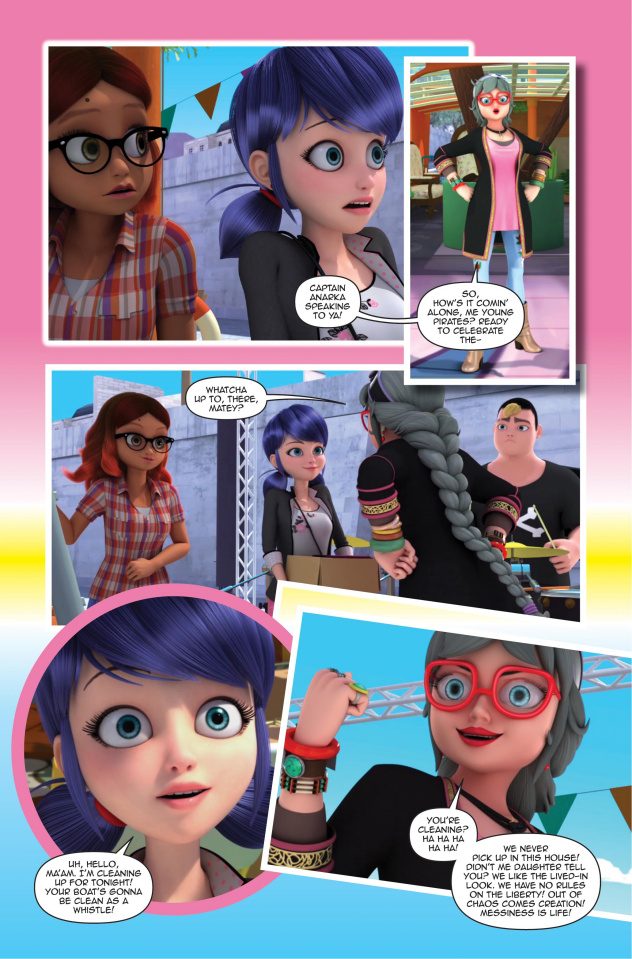 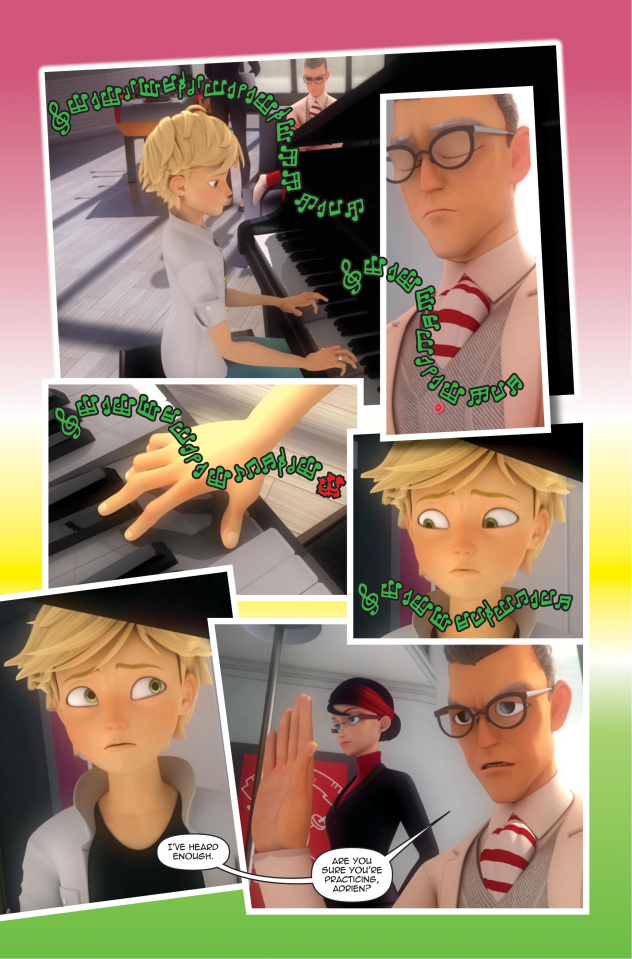 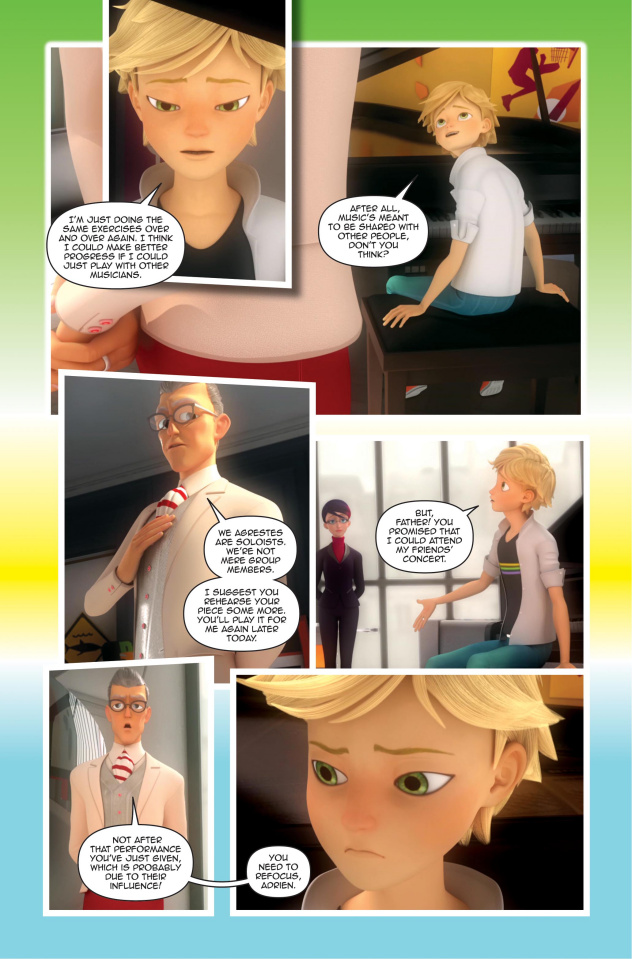 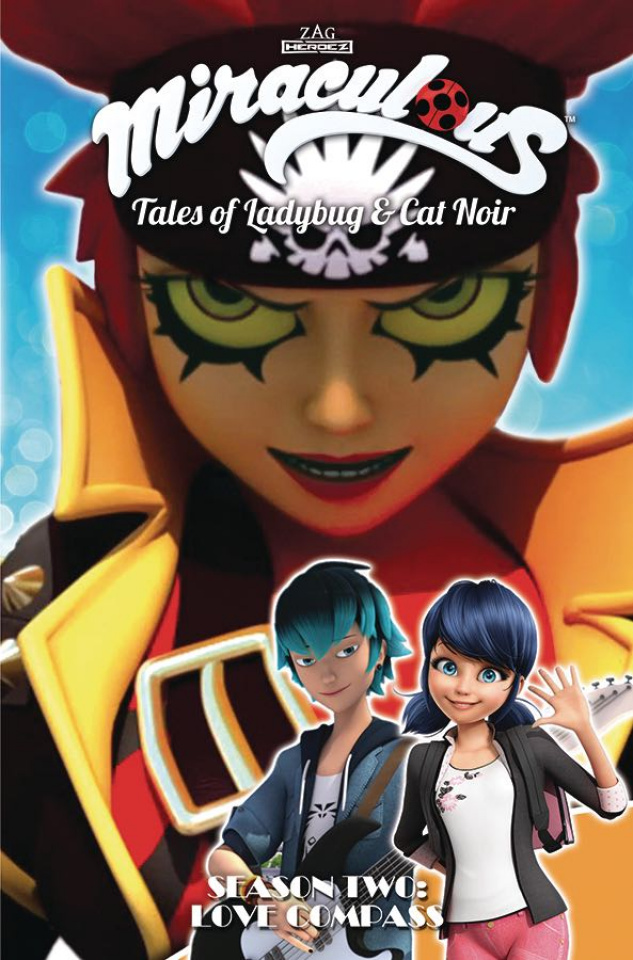