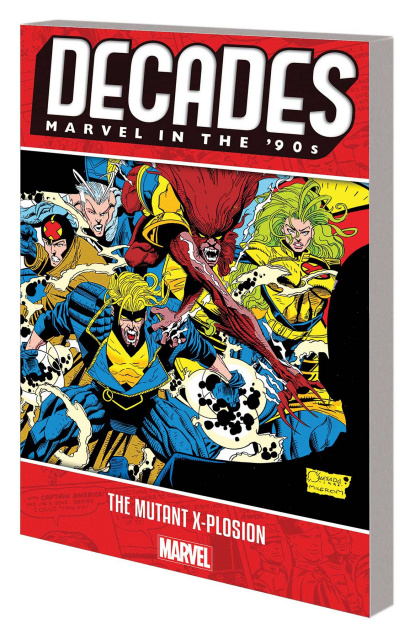 Decades: Marvel in the '90s: The Mutant X-Plosion

Celebrate 80 years of Marvel Comics, decade by decade - and see how Marvel's mighty mutants dominated the Notorious Nineties! As the X-Men's popularity exploded, the X-books were the place to be - and there sure were a lot of them! From EXCALIBUR to the radically revised X-FACTOR to two (count 'em, two) books for the X-Men alone! Generation X learned the ropes, while X-Force kicked butt! Wolverine searched for secrets of his past, Cable struggled with his destiny, X-Man explored our strange new world and Deadpool began his rise to superstardom! But which '90s nemesis would prove most deadly: the Legacy virus or the mansion's latest inhabitant...Sabretooth?!